Kangana Ranaut and Rajkummar Rao will next be seen in Judgementall Hai Kya and even before the movie has released, it has seen a fair share of controversies. After changing the title of the film from Mental Hai Kya to Judgementall Hai Kya, looks like Kangana has involved herself in another controversy. At the song launch, where the lead actors were present with producer Ekta Kapoor and choreographer Bosco Martiz, Kangana ended up in a heated argument with a journalist present at the event. 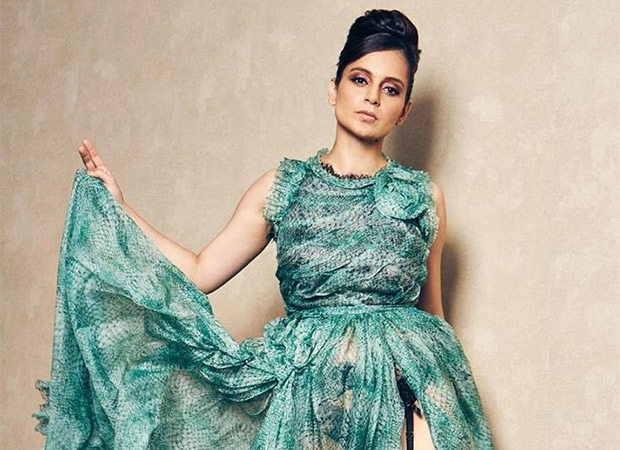 Kangana claimed that the journalist bashed her last release, Manikarnika: Queen Of Jhansi by calling her a jingoistic woman who made a film on nationalism. Kangana questioned if that was fair for him to do so. The journalist clearly denied all the accusations and counter questioned Kangana if it was fair for her to intimidate him since she was the star. He respectfully asked, “Kangana if I may (talk) with your permission, I did not even tweet anything about Manikarnika.” To which Kangana retaliated, “I will send it (the tweet) to you.”

Amidst their conversation, the host, RJ Suren happened to take the journalist’s mic away to prevent the argument from escalating further and it resulted in another journalist losing his cool. He started shouting at the host for taking the mic away and kept calling the situation unfair. While the team was trying to control the situation, it did not help in any way. The event managers from the PR firm were seen promising the journalist that they will address the situation. Kangana interrupted the situation and said, “You have come to my van for an interview and we had lunch together and you were in the van for over three hours where we spoke about the film (Manikarnika). After the interview things have changed drastically so you don’t tell me that I’m intimidating you. I’m not being a star right now; I’m talking to you as a friend.” The journalist kept denying all the claims put by Kangana and said that he never had lunch with her and the interview hardly lasted for half an hour.

After a lot of argument, Rajkummar Rao had to interrupt and he said, “We’re sorry, you calm down first. We’ve understood what you’re trying to say and we’re sorry.”

Slated to release on July 26, Judgementall Hai Kya has been in talks for its unconventional trailer and of course, the controversies.