Well, Karan Johar definitely managed to do a casting coup of sorts with Kalank and it seems that the film is also bringing back the trend of multi-starrers. While the period drama is expected to feature three leading men and leading women, what attracted attention was also that Sanjay Dutt and Madhuri Dixit are reuniting after two decades. However, followed by this, there were rumours that the two of them won’t be shooting together. Putting an end to all those, recent reports suggest that the actors have started shooting with each other. 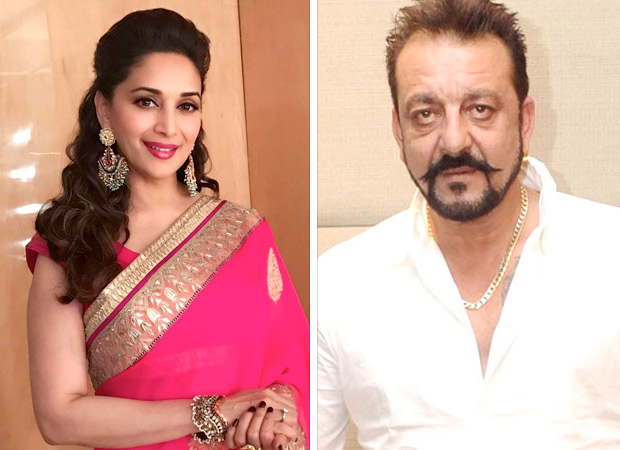 It is a known fact that Kalank schedule was on hold recently after the actors decided to wrap up their other commitments. And now, we hear that, for the past three days, the shooting is on in full swing with Madhuri Dixit and Sanjay Dutt. The two of them have shot for some dramatic scenes together in the past couple of days after they kicked off this schedule last week. Besides this, Madhuri is also expected to shoot a mujra song with her favourite choreographer Saroj Khan and Remo D’Souza in the next few days, starting from September 5.

We also hear that, besides them, the other actors too were part of the shoot which included Varun Dhawan and Alia Bhatt. It seems that Varun took some time out from his Sui Dhaaga – Made In India promotions to shoot for two days for Kalank. Whereas, Alia too is said to have wrapped up her portions and has kicked off the new schedule of her superhero drama Brahmastra in Bulgaria.

Also Read : First Kalank and now TAKHT, Karan Johar is all set to bring back the golden era of MULTI-STARRERS