After Batla House, John Abraham is all set to transform his passion for bikes to celluloid with a film that revolves around motorcycles. The yet-untitled film will mark the third association between John Abraham and producer Ajay Kapoor of Kyta Productions who has earlier co-produced 2018 hit Parmanu: The Story of Pokhran and espionage thriller RAW (Romeo Akbar Walter). Now, it has been learnt that the actor has acquired permission for Isle Of Man Tourist Trophy and the shoot begins in April 2019. 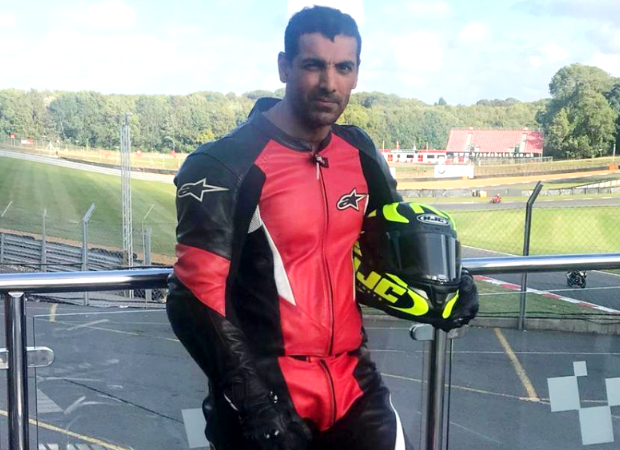 Isle Of Man circuit is considered the fastest and deadliest in the world. Even the roads are closed during the races. John Abraham said that film was in development for years. So, it is a well thought out plan as to how they want to proceed. He has watched a lot of matches at the Isle of Man and they have done the recee. They met Laurence Skelly, Minister of Enterprise who is happy to host them as it will be the first Hindi film to be shot there.

John Abraham further said that they will kick off in April since matches happen in May and June. They want to capture the real essence of the sport including Southern 100 and the classic TT. He said that this film won't be about mindless racing but will have human emotions. If he were to draw parallels, he said that it would be like Rush.

"A story around motorcycles is very close to my heart. This is a story about human relationships. I decided to develop a film on riders and their love for motorcycles in-house two years ago. A lot of research and time has been spent on the subject since then. I'm happy to have Ajay Kapoor and Rensil on board for this project. I am especially excited that we will film the action sequences in the Isle of Man, the home of racing on real roads! ” earlier John said.

Sonali Bendre and Moushumi Chatterjee to…

Bawara Dil wrap up in six months, with the…