Tiger Shroff, Ananya Panday and Tara Sutaria, the lead trio of Punit Malhotra’s Student Of The Year 2, are back in a desi avatar. The youngsters will be seen in a cool new sangeet song, titled ‘Mumbai Dilli Di Kudiya’, which launches today. Director Punit said “The previous film had Dafli Waley, we have Yeh Jawaani. They had Radha Teri Chunri, we have Mumbai Dilli Di Kudiya. Of course, the music of the films is in tune with their respective stories, but this song is in that space. It’s a young sangeet number. Tiger is a great dancer, and he gives every performance his all. So, we had to up the ante as far as the dance is concerned.” 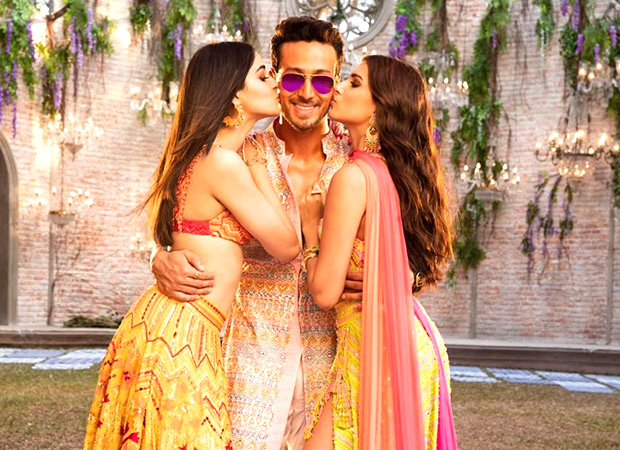 The pressure of recreating the magic is immense, admits the director. “The songs of the original film really worked. So, yes, the pressure to recreate that magic is there. But we had so much fun shooting this film, and I feel that it shows and translates on screen,” he added. Fox Star Studios presents a Dharma Productions film Student Of The Year 2.  Produced by Hiroo Yash Johar, Karan Johar & Apoorva Mehta, the film is set to release on 10th May, 2019.

The actors have been nothing but thrilled to have starred in this potential blockbuster. Student Of The Year 2 is also the second instalment of the SOTY franchise that launched gems like Alia Bhatt, Varun Dhawan, and Sidharth Malhotra.

Also Read: SCOOP: The Zoya Factor trailer to be attached to Student Of The Year 2