Tamannaah Bhatia is collaborating with realistic filmmaker Madhur Bhandarkar for the first time in Babli Bouncer. The film, that manages to break stereotypes by showcasing a woman in the role of a security bouncer, will see the Himmatwala actress in a rather different avatar. The multi-lingual film is set against the backdrop of North India and here’s the first look of the actress as ‘Babli Bouncer’. 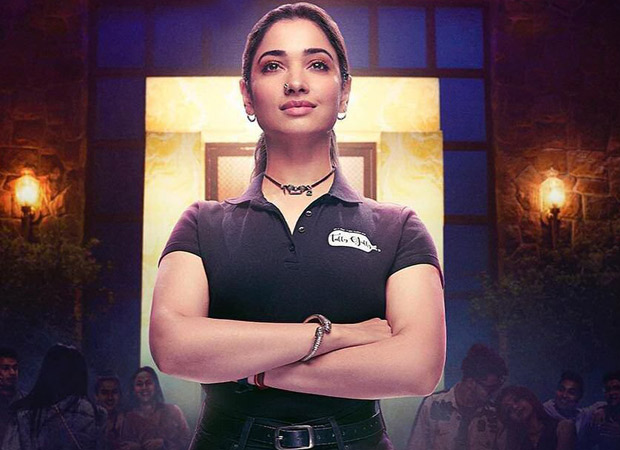 Sharing it on Instagram, the OTT platform Disney Plus Hotstar said, “Oye bawale suna kya? Aa gaya hai Babli Bouncer ka time! Dilon ko yeh jodegi, ya khub hadiyaan todegi? Pata chalega jald hi! ❤️‍????” A source close to the production house spoke about the film saying, “It is a coming-of-age feel good story with a slice-of-life comedic tone. Set in the real ‘bouncer town’ of North India – Asola Fatepur, it will see Tamannaah Bhatia in a never seen before avatar since she is playing the role of a bouncer for the first time.

Speaking about her character, Tamannaah Bhatia had once told in an interview with ABP News, “Babli Bouncer for me is not just a film but an experience of a lifetime which I'll cherish forever. This film started off with an extremely well written and author- backed character, which had everything that would be the right kind of meat for an actor to go all the way and give everything that they have, to create a world and character which could make way into the hearts of audience, and that's exactly what I tried to do with the character of Babli.”

Star Studios and Junglee Pictures have announced the release date of the Madhur Bhandarkar directorial to be September 23, 2022. Produced by Star Studios and Junglee Pictures, Babli Bouncer is directed by Madhur Bhandarkar and stars Tamannaah Bhatia, in the lead along with Saurabh Shukla, Abhishek Bajaj and Sahil Vaid in pivotal roles. The film will release on Disney+ Hotstar in Hindi, Tamil and Telugu.