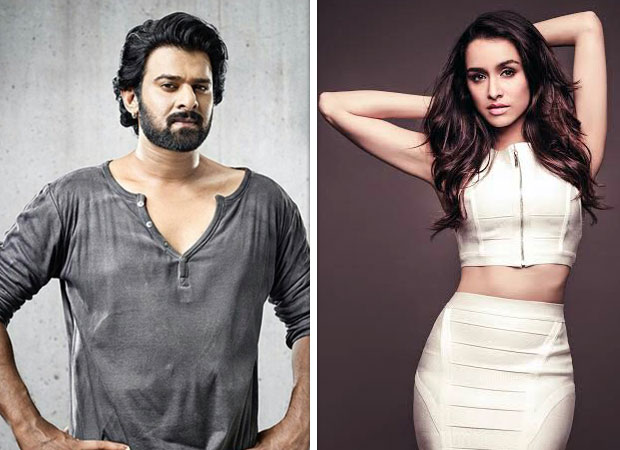 Currently he rules the roost in Indian cinema, courtesy the mega blockbuster Baahubali 2 that became a talk of the nation owing to its immense success. Prabhas is now gearing up for yet another multi-lingual with Saaho and after many names of the actresses being tossed around for the role of the leading lady, it is Bollywood actress Shraddha Kapoor who has been finalised for the role.

In fact, there were earlier speculations about South actress Anushka Shetty playing the leading lady but it seems the deal didn’t work through and now, Shraddha Kapoor has come on board for the same. The producer of the film reportedly revealed that he is quite excited to kick start the film with Shraddha and that it is very special since it is Prabhas’ first film in Hindi.

Besides the two of them, Neil Nitin Mukesh plays the antagonist in this action packed drama which is said to feature many high octane stunts that will be choreographed by international stunt co-ordinators. The film, produced by Pramod of UV Creations and directed by Sujeeth, will be releasing in three languages namely Hindi, Tamil and Telugu simultaneously. In fact, prep for the film has already started with a massive set being erected at the iconic Ramoji Film City in Hyderabad, India.

From what we hear, Saaho is slated to go on floor from mid-August and will also be shot extensively in abroad locations like Romania and Abu Dhabi. With lyrics by Amitabh Bhattacharya and music by Shankar - Ehsaan - Loy, the other technical aspects like, production design is taken care of by Sabu Cyril whereas the DoP [Director of Photography] is Madhie.