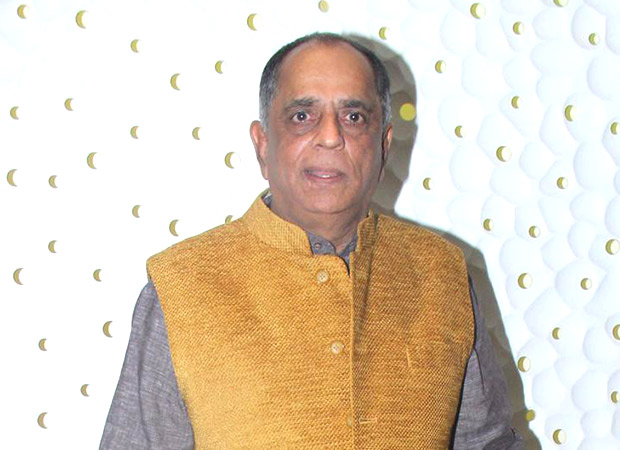 It was a busy Grand-Finale week for Pahlaj Nihalani when as many as 15 Hindi (and that includes a few dubbed Hollywood films) were provided censor certificates before he was asked to leave on Friday evening.

The films in the coming weeks that have been provided with a certificate are Krishna DK and Raj Nidimoru’s espionage thriller A Gentleman, Gurinder Chadha’s epic Partition tale Partition 1947, the highly-anticipated Ryan Reynolds actioner The Hitman’s Bodguard, a 3-D version of Arnold Schawrzenegger’s Terminator 2, Amole Gupte’s eagerly awaited film about a child detective Sniff ….

Says the exhausted former CBFC chairperson, “The list of films to be cleared for August 18 and August 25 was endless. Never before had we at the CBFC been given so many films to view all at once. In fact Ashwini Iyer Tiwari’s Bareilly Ki Barfi came to us on Thursday and we viewed the film and provided an all-clear U certificate to the film on Friday.”

Nihalani had a very special reason for rushing through the certification of Bareilli Ki Barfi. “This is a film co-produced by Renu Chopra, the wife of the late filmmaker Ravi Chopra. It is her first attempt at turning an independent producer. I didn’t want her film to suffer any delay.”

Nihalani says he was surprised to read the same filmmakers whose films he had cleared on priority, rejoicing his ouster. “I can understand Anurag Kashyap feeling happy about my departure from the CBFC. He has been openly campaigning against my tenure as the CBFC chairperson. There is no hidden agenda in his malice. It’s all out in the open. I believe he has been singing songs after my exit from the CBFC. Glad to bring happiness in his life. But some of the others ‘welcoming the change’ have been telling me on my face that they had no problem with me at the CBFC. And now they say they’re happy to see me go? Wah kya baat hai.”

Without taking any names, Mr Nihalani mentions a recent film in which he had gone out of his way to accommodate the toilet humour. “There were derogatory references to caste and community which I couldn’t allow. The next thing I heard is that the film’s hero had complained to the I & B ministry about my high-handedness. God bless him and all the others who are celebrating my departure.”

“I think I replied sufficiently to his taunts. Arnab kept insisting I should say the word ‘intercourse’ out load. Why should I do what he or anyone else asks me to do? By saying ‘intercourse’ loudly one becomes a liberal? And for Arnab’s information, I had no problem with the word. ‘Intercourse’ has been allowed in the new Bengali film Dhanonjoy. No, I am not a prude. But I am pragmatic. I know Shah Rukh Khan’s fans are children, and parents wouldn’t have liked him talking about intercourse in Jab Harry Met Sejal. Let me make one thing clear. The CBFC guidelines do not stipulate that films should not be cut. Yet I was pressurized from the top to not cut, only certify. The CBFC is a confused organization. We need progressive guidelines. Without them we are stuck in a time-warp.”