Farhan Akhtar is currently gearing up for the release of his upcoming film The Sky is Pink. The actor will be seen opposite Priyanka Chopra and plays father to a teenage girl played by Zaira Wasim. 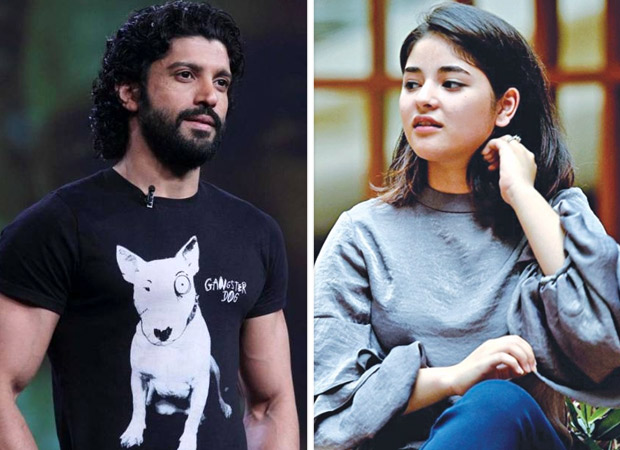 Nearly two months ago, Zaira Wasim announced that she will no longer be a part of the industry. Talking about Zaira Wasim to a daily, Farhan Akhtar said that she is a supremely gifted and talented actor and that he is thankful that he got do a film with Zaira.

When Farhan was asked if Zaira had any reservations during the shoot of the film he said that what people feel and how they behave professionally are two completely different things. He said that he had no idea what was going on in her head. Farhan said that she was extremely professional and whenever she was on the set it looked like she is happy being on the set.

The Bhaag Milkha Bhaag actor said that Zaira has made this decision consciously and it should be respected. However, after having seen her on screen, Farhan only hopes that she changes her mind in the near future.