Last Monday, Manish Shah of Goldmines Telefilms announced that he would be releasing the Hindi version of Ala Vaikunthapurramuloo (2020) in cinemas. The decision led to a lot of excitement and cheer among moviegoers and exhibitors. However, in 72 hours, the decision was stalled. According to reports, Allu Aravind, the producer of Ala Vaikunthapurramuloo, flew down from Hyderabad to meet Manish Shah and convinced him to change his mind. This was done as Shehzada, the remake of Ala Vaikunthapurramuloo, is in the works and the fear was that the remake’s box office prospects would be hampered big time if the original film’s Hindi dubbed version would arrive in cinemas. 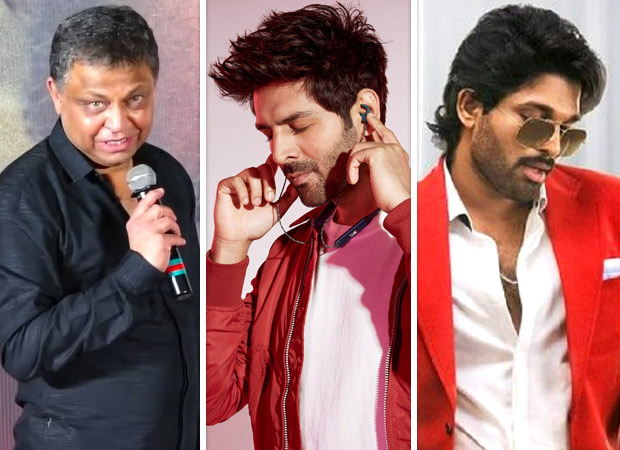 EXCLUSIVE: “This is what the Shehzada producers told me,” says Manish Shah on his ‘Kartik Aaryan threatened to quit Shehzada’ statement

Shehzada features Kartik Aaryan in the role reprised by Allu Arjun in the original. Allu Aravind is also a producer in Shahzada along with Bhushan Kumar and Aman Gill. The film, which also features Kriti Sanon, Manisha Koirala and Paresh Rawal, is directed by Rohit Dhawan.

According to a recent interview of Manish Shah, the entrepreneur claimed that he had suffered a loss of Rs. 20 crores by cancelling the release of Ala Vaikunthapurramuloo’s Hindi version. The film will now premiere on his TV channel, Dhinchak TV, on Sunday, February 6, 2022.

When Bollywood Hungama asked him if he would be able to recover the Rs. 20 crore from premiering the film on satellite, Manish Shah replied, “There’s no way you can recover this kind of money from TV premiere. Had the film done well in cinemas, I could have released the film on digital. Like the way, I released Pushpa on Amazon because it did so well in cinemas. So, all those opportunities are gone now.”

Manish Shah recently also made headlines when he claimed that Kartik Aaryan had threatened to walk out of Shehzada if Ala Vaikunthapurramuloo’s Hindi version had hit cinemas. We asked what he had to say on this and how exactly Shehzada would have got affected. To which he didn’t go into details and said, “This is what the Shehzada producers told me. I would not know the details.”

Producer Bhushan Kumar said, “We the producers felt that Shehzada should release in theatre first and not Hindi version of Ala Vaikunthapurramuloo, hence we requested Goldmines not to release the Hindi version, Kartik didn’t ask us to do anything regarding this, it was our decision, Kartik has been extremely professional, and we are even in talks with him for more movies.”

Producer Aman Gill added “Kartik has been extremely excited about Shehzada and is going all out for the film and character, he is one of the most professional and dedicated actors in the industry, and constantly the only discussions Kartik has with us and director Rohit Dhawan is how much more can he do to contribute to make this the biggest film for everyone involved.”

In a Bollywood Hungama exclusive interaction last week, Manish Shah had admitted that after releasing Ala Vaikunthapurramuloo in Hindi on the big screen, he’ll release more dubbed South films in cinemas in February. So is the plan still on? Manish Shah replied, “We are currently taking stock of the situation. We are now going to premiere a movie every Sunday. So on February 6, we are premiering Ala Vaikunthapurramuloo. On February 13, we’ll premiere Mersal (2017; Tamil film starring Vijay). On the 20th, we’ll maybe bring Bheeshma (2020; Telugu film starring Nithiin and Rashmika Mandanna) on TV. My entire energy currently is focused on getting this aspect streamlined.”

It’s evident that a lot has indeed changed in the last one week for the Goldmines head honcho. So does he feel angry over these sudden developments? Manish Shah philosophized, “By feeling angry, you’ll just harm yourself. By being angry, the situation is not going to change. So I believe in taking things in my stride.” He continued, “If you want to be happy in life, look at the better side. Till now, look at the content that God has given us. The grass is always greener on the other side.”

And will he like to work with Kartik Aaryan once he gets into production? Manish Shah’s answer was, “First, I have to turn a producer. So once that happens, then we’ll see. You can’t take any calls or talk about anything just like that today.”