Actor - singer Ayushmann Khurrana is on a roll! After a series of super hit films over the last couple of years and his latest release, Dream Girl, buzz is that the actor has decided to hike his price by a whopping 500 per cent! Apparently, Ayushmann’s fee was Rs. 2 crores which now he has raised to Rs. 10 crores. 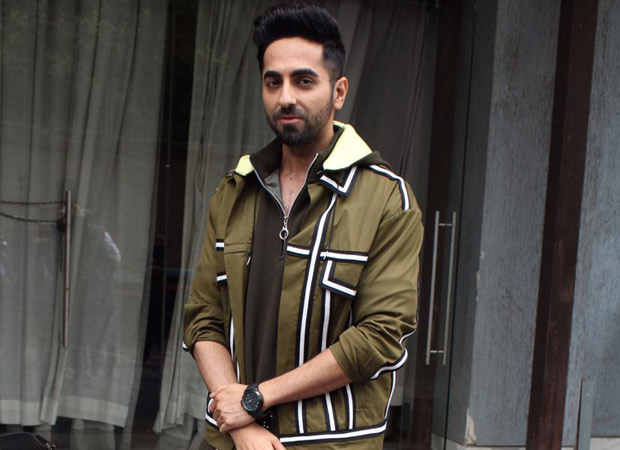 A trade source says, “Dream Girl actor Ayushmann Khurrana, has been having a dream run at the box-office. His penchant for quirky movies with some highly exciting characters, has made him an extremely popular star among the audience who feel that he is among those rare stars who is combining success with sensible cinema. Brand Ayushmann today spells consistency, success and good content. The fact that he can rake in double figures on an opening day is probably the reason he has decided to hike his remuneration. He is working very hard, choosing films with care and now with his success ratio, he has been flooded with more offers. Apparently, he has upped his fees from Rs. 2 crores to Rs. 10 crores – which is a whopping 500 per cent hike.”

The source adds that while the figure may seem too high but given the fact that he’s the only actor today who has given a string of continuous hits, the number may not be as ridiculous as it sounds. “Ayushmann is the most bankable and saleable star in today’s times with his medium-budget movies carrying a higher profit percentage than big budget entertainers with top heroes. Dream Girl had the opening day collection of Rs. 10.05 crores, which is the highest first day collection for any of his movies released so far and continues to have a strong-hold even in its sixth week since the release. With a grand total to Rs  139.70 crores, it is not only Ayushmann’s highest grossing film but has beaten the lifetime collections of Badhaai Ho, that collected ₹137.61 crore.”

Ayushmann Khurrana has scored again where his upcoming projects are concerned with their unusual content – Bala is a fun take on premature balding, Shoojit Sircar’s comedy-drama Gulabo Sitabo, co-starring Amitabh Bachchan, and he plays a gay man in Shubh Mangal Zyada Saavdhan. He is the most dependable actor today in the film industry and a producer and director’s delight. Ayushmann is professional and like a chameleon when it comes to acting out his roles and this has won over many hearts in the BO and among the audience. His choice of cinema has been excellent.”

The source says that after Meri Pyaari Bindu (2017), which didn’t fare well at the box-office, Ayushmann hasn’t looked back. “Both his other films, which released in the same year, Bareilly Ki Barfi and Shubh Mangal Saavdhan, were good commercial successes. In 2018, came Sriram Raghavan's Andhadhun and Amit Sharma’s Badhaai Ho. While the former was produced on a budget of Rs. 32 crores and grossed over Rs. 456 crores at the worldwide box office (including the Chinese box-office), Badhaai Ho, made against a budget of Rs. 29 crores, earned over Rs. 221 crores. His success story continued with his releases this year - Article 15 (made at Rs. 28 crores and earned over Rs. 91 crores at the BO) and Dream Girl. Ayushmann even shared the National Film Award for Best Actor (Andhadhun), with Vicky Kaushal (Uri: The Surgical Strike). With big brands also lining up to sign him over the last year, hiking his fee for movies is but natural in the course of his career, which is being handled by YRF’s talent management team.”