Last year in September, it was confirmed that filmmaker Mahesh Bhatt will be returning to direction with Sadak 2, a sequel to Sadak. It was a major casting coup with sisters Alia Bhatt and Pooja Bhatt coming together for the first time for a film. Along with them, Sanjay Dutt and Aditya Roy Kapur came on board as well. While the film is yet to go on floors, an interesting detail about the upcoming film has come to our attention. 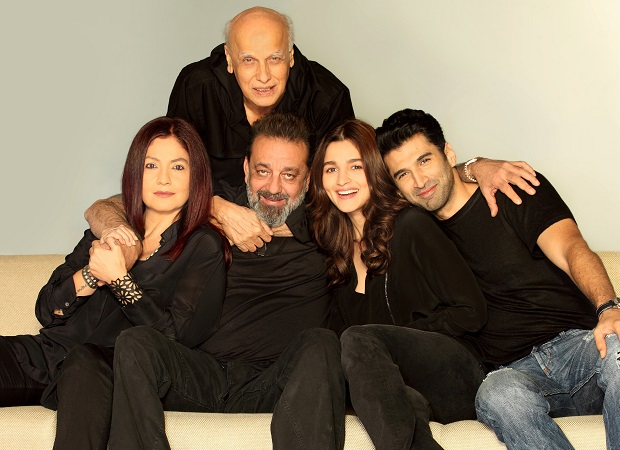 As per a source, the makers of Sadak 2 are all set to recreate the iconic romance ballad 'Tumhe Apna Banane' in the film. The original song was picturized on Sanjay Dutt and Pooja Bhatt in Sadak. While it is unclear who will be featured in the song in Sadak 2, Alia Bhatt - Aditya Roy Kapur or the original pair, it would be very interesting to watch the reprised version of the song. The original ballad was sung by Anuradha Paudwal.

Interestingly, 'Tumhe Apna Banane' song has already been reprised once in Hate Story 3 which was sung by Armaan Malik and Neeti Mohan. It featured Zareen Khan and Sharman Joshi.

Coming back to Sadak 2, Alia Bhatt is working for the first time with her father Mahesh Bhatt and sister Pooja Bhatt. After 1993 film Gumraah, Sanjay Dutt, who is close friends with the Bhatts, is returning to the Bhatt camp after 23 years. Aditya Roy Kapur is also returning with Vishesh Films after his 2013 blockbuster Aashiqui 2 which put him on the map.

In the film, it has been revealed earlier that Aditya Roy Kapur and Alia Bhatt will reportedly essay the role a young couple. Meanwhile, Sanjay Dutt will be reprising his original role as Ravi. A Mukesh Bhatt Presentation of a Mahesh Bhatt Film, Sadak 2 is a Vishesh Films Production and is slated to release on 25th March 2020.

ALSO READ: Alia Bhatt says her father Mahesh Bhatt is ready to break the walls she built around her