Rohit Shetty cop universe is growing. The filmmaker, who began with Ajay Devgn starrer Singham franchise, saw stupendous success with Ranveer Singh starrer Simmba. And now, he has already moved onto to Sooryavanshi starring Akshay Kumar in the lead. As he plans to bring the three heroes together, Ajay has confirmed his cameo in the film. 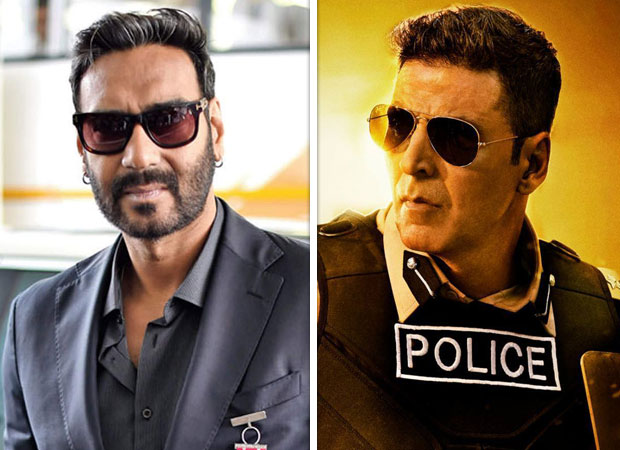 Sooryavanshi went on floor earlier this week and Akshay Kumar got support from Ranveer Singh and Ajay Devgn besides director Rohit Shetty and co-producer Karan Johar. As Ajay Devgn is busy with the promotions of De De Pyaar De, he confirmed his cameo. The fans will get to see him in Sooryavanshi after his character Singham was seen talking to Sooryavanshi in Simmba's end credits. When asked whether he will be in the film, Ajay said, “Yes. I will.”

When asked whether there will be a culmination of all the three officers in one film, Ajay said, “Of course. There should be. That's the plan. Not Sooryavanshi but altogether a different one. I don't know yet but right now we are building it yet.”

The audience has often been a huge fan of many characters coming together in one film especially with the success of Avengers franchise. When asked about how audience is so accepting of it, Ajay further said, “Of course yes. Ya, they would want to see. I have been saying Sooryavanshi, Simmba and Singham are our superheroes. I mean, getting all three together is a nice idea.”

Ajay Devgn also confirmed that Singham 3 is in works too but has no idea when it will come.

Meanwhile, Ajay Devgn is gearing up of De De Pyaar De with Rakul Preet Singh and Tabu. Directed by Akiv Ali, the film is set to release on May 17, 2019.