The film JudgeMentall Hai Kya has come under fire due to the recent feud between Kangana Ranaut and journalist Justin Rao. At the recent song launch of the film, the actress got involved in a verbal spat with the journalist stating that he criticized her film Manikarnika - The Queen Of Jhansi and accused him for running a smear campaign against her. 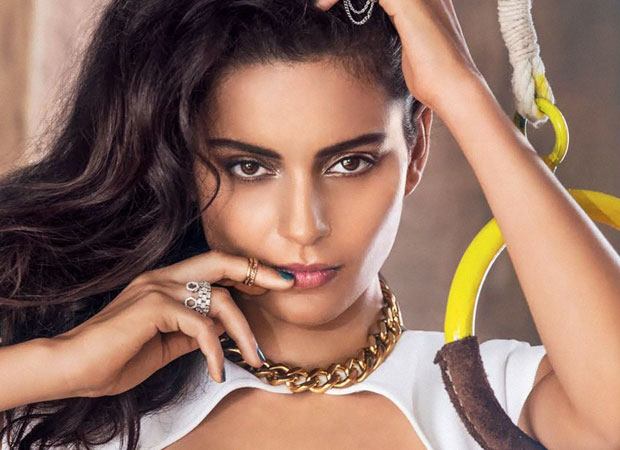 In the recent turn of events, the media fraternity decided to hold a meeting with Balaji Motion Pictures' chief Ekta Kapoor to talk about the incident. The body has demanded a public apology and have decided to boycott Kangana Ranaut. 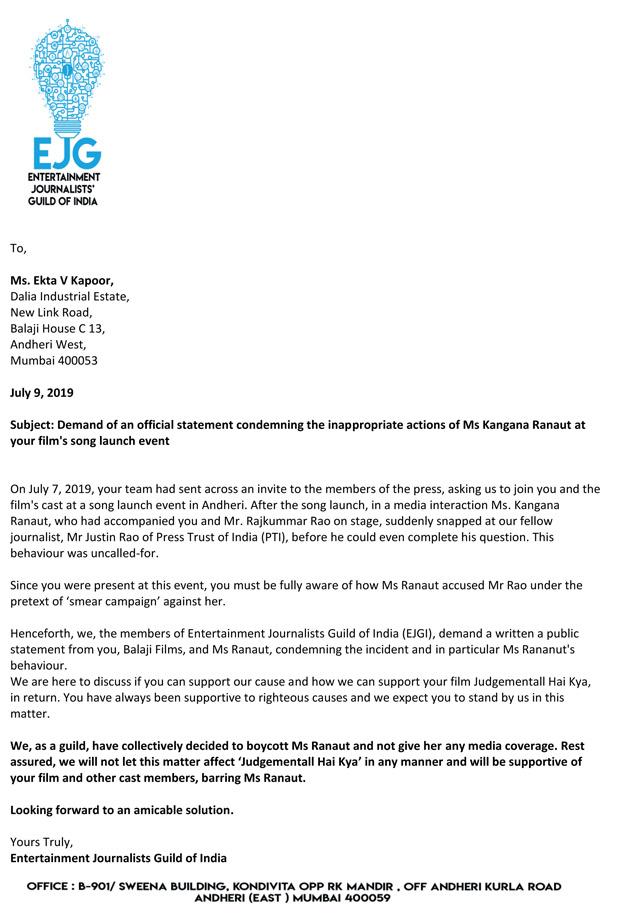 "To all the entertainment journalists a body - Entertainment Journalists Guild of India has been formed, in the light of the unfortunate incident that happened with reporter Justin Rao from PTI, on July 7 at a promotional event of "Judgementall Hai Kya". The body has been formed to safeguard the interest of our fraternity and address issues that entertainment journalist face on a daily basis be it with actors or producers or PR. It is time for us to stand united to support our fellow members. Today few members of the body met Ms Ekta Kapoor at her office to demand an apology. Attached here is the letter given to Ms Kapoor," an official statement read.

Along with it, the body also released the official letter given to Ekta Kapoor regarding the incident which took place on Sunday, July 8 during the launch of the song 'Wakhra Swag'. The media fraternity has declared they will continue to support the film and will not come in between of the promotions but they will boycott Kangana Ranaut.