When it comes to music tracks, the makers of Dream Girl are on a roll with it. After a fun-filled musical track like 'Dil Ka Telephone' and getting us into the festive mood with 'Radhe Radhe', they will be welcoming the festival Ganesh Chaturthi with their yet another music track 'Dhagala Lagli Kala' which is a recreation of the original Marathi song and the makers are planning to give their interesting take on it. The song will feature the lead pair Ayushmann Khurrana and Nushrat Bharucha. Now, there's a new addition to the song and it is none other than Riteish Deshmukh. 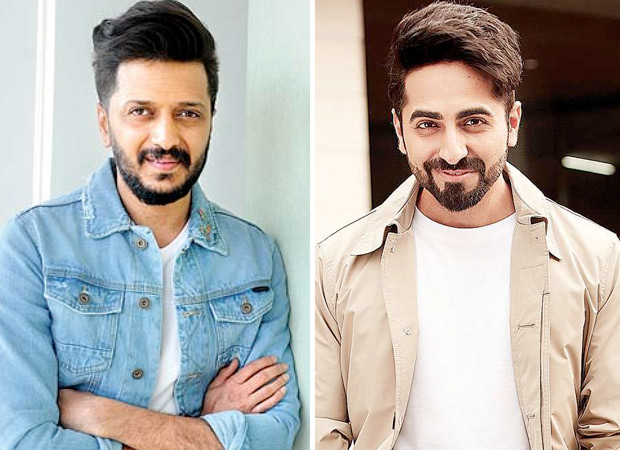 On the request of the director Raaj Shaandilyaa, Riteish Deshmukh came on board to be a part of the song. The actor said that the song is all time favourite dance number. The original featured Dada Kondke which itself was a motivation for him. He said that both Ayushmann Khurrana and Nushrat Bharucha are fantastic actors and dancers so it was a fun experience for him to be a part of the song. 'Dhagala Lagli Kala' has been composed by the Meet Bros, penned by Kumaar and choreographed by Ganesh Acharya. The makers will be giving the youth the best nostalgia by giving it a dash of live guitars and electronic programs which would make the song even more dynamic.