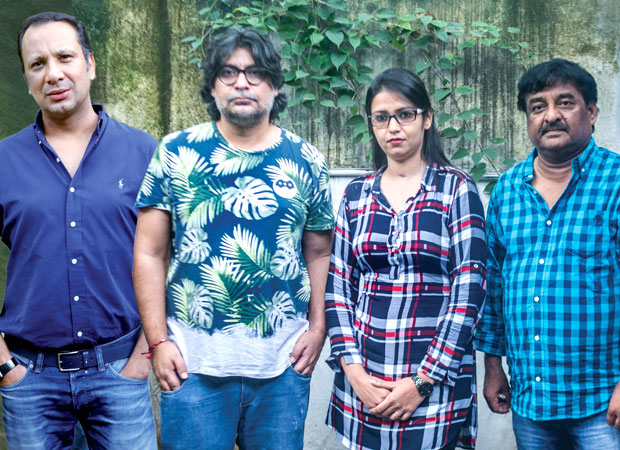 Just last week we had reported that, a film was being planned that would be based on the story of Uzma Ahmed, an Indian national who was forced at gun point to marry a Pakistani. Well now we hear that the film will in fact be helmed by none other than the director of the previously released gritty action thriller Naam Shabana, Shivam Nair. If that wasn’t all, joining the team on the bio-pic will be the writer of Pink, Ritesh Shah who will be penning/scripting the film.

Confirming the development and commenting on the reports that were in the media, Uzma Ahmed says, “I have no idea what they are talking about. The publication has not even contacted me. I have officially given my consent to the biopic on my story to Shivam Nair, to be written by Ritesh Shah”.

Speaking further and elaborating the details Uzma says, “I met them a few days back and I am very delighted that my story has been chosen to deliver a significant message. It will serve as a warning signal to those who may get trapped like me. I made some mistakes and found myself trapped, hopefully the movie will enlighten the future victims and they take necessary precautions without repeating the mistakes that I did. Shivam and Rietesh form a good team and they have proven their credentials in the Bollywood industry. I am confident that the movie will diligently serve the purpose to enlighten and motivate”.

Echoing the song for woman empowerment and humanisms on screen with a chorus, the biopic is a story that needs to be told in today’s times feels the director Shivam Nair whom met Uzma a couple of days back and was inspired by the determination and strength her character showed during her turbulent times in Pakistan. Sharing his experience Shivam says, “Uzma’s journey from Malaysia to Pakistan and then finally to India is an inspirational and courageous journey that delivers a good social message, certainly a story that needs to be told, the movie on Uzma is on starting stage right now. We are glad to have the backing of Jatish Varma behind this important film. We are right now planning the research work on Uzma as authenticity of the subject and supportive character should be precise for such a biopic. Ritesh Shah the screenplay and dialogue writer of PINK has come on board to pen this story on screen. Other details will be revealed later.”

Ritesh Shah the writer behind Pink, Airlift who will be penning/scripting the film says, “I was fascinated by the grit and determination showed by Uzma. She was a rage in social media during her comeback. Uzma’s story is a topical and an emotional journey of human triumph against strongest of odds, its relatable, comes with a strong message and believe in humanisms, which says ‘Khuda un logo ko nawajta hai jinmein kahar ke barsaaton se takrane ka junoon ho’. Hopefully by November the research will be done and we will start the scripting work”.

While the cast and other crew will be decided in due course. The story of Uzma Ahmed will feature the plight of the 20 year old Ahmad, who was forced to marry a Pakistani at gunpoint and her escape to the Indian high commission, is a touchy, inspirational and telling account of humanism and its triumph over evils. India’s ‘real’ ‘well of death’ survivor Uzma Ahmed met Tahir Ali, a Pakistani citizen, in Malaysia and fell in love, travelled to his home in the neighbouring country on May 1, only to find that Ali had four children from a previous marriage. What followed was a wedding at gunpoint, sexual assaults, and a subsequent escape to the Indian high commission. Uzma was brought back to India after a brief legal battle. “It’s easy to go to Pakistan, but tough to return. Pakistan is a well of death,” a tearful Uzma reportedly said upon her return.  Indian national Uzma reached home on May 25, 2017, External Affairs Minister Sushma Swaraj welcomed Uzma and empathized with her ordeal in Pakistan.