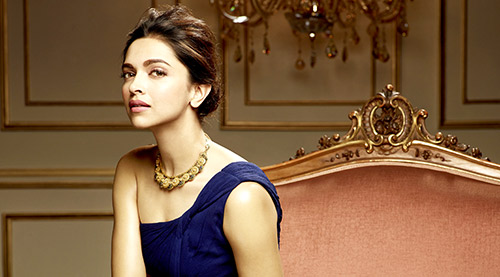 Last year, Deepika Padukone once again managed to rule the box office with back to back blockbusters. While this year the actress is missing from the Bollywood scene, courtesy her international career taking off, she will soon return to Indian film industry and will collaborate with none other than her favourite filmmaker Sanjay Leela Bhansali.

Bringing together yet another historical drama that has grandeur and romance galore, Deepika Padukone and Sanjay Leela Bhansali will be coming together for Padmavati based on the obsession of Alauddin Khilji over Rani Padmavati. And now we hear that the film is slated to go on floor in October. Apparently a huge set has been erected at Mehboob studio in Mumbai where the film will kick start the Mahurat shot. It is also being said that the film will also be shot at Film City in Goregaon.

Also starring Ranveer Singh and Shahid Kapoor, Padmavati is slated to release during Christmas in 2017. The film is apparently said to clash with Sanjay Dutt biopic and Salman Khan starrer Tiger Zinda Hai.