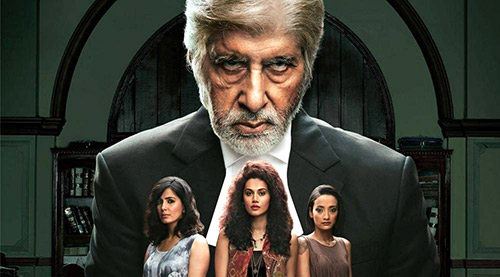 It's been just a week since Amitabh Bachchan’s hard-hitting social drama Pink released which has garnered a tremendous amount of appreciation from the audiences and the critics. People have been raving about the film as it focuses on the issue of sexual harassment and victim blaming which is very relevant to the current scenario in our country.

After garnering positive response, the creators of Pink are all set to take a step further in this movement. The film will now serve as a platform to strengthen the Zero FIR Law. At a recent event, creative producer of the film Shoojit Sircar said that the Law ministry has been strengthening Zero FIR law and figuring out the basics of how to apply this law. He said that the film will be used as a platform to promote the Zero FIR, the FIR, and the bail process. As the film deals with how the law can help in getting justice for the victims, Shoojit informed that they had spoken to the Law Minister. He said that this FIR law exists but many young women have no idea on how to use it and get the right help. Shoojit added that the rule is that at any given time if one goes to the police station, their complaint will be heard and an FIR will be registered.