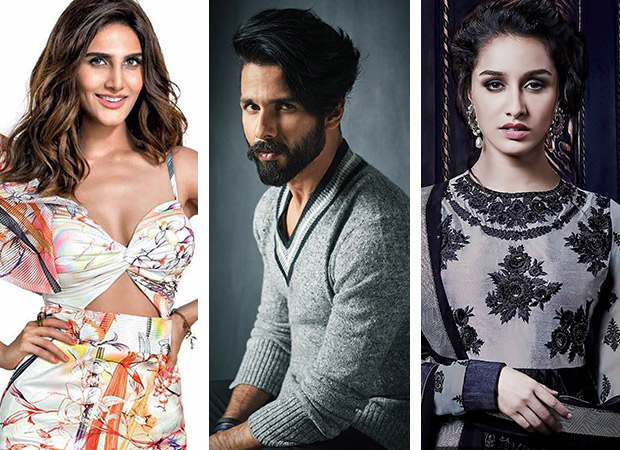 Director Shree Narayan Singh was an unknown figure who became a director to watch out for this year. This was thanks to Toilet – Ek Prem Katha which he helmed wonderfully. His direction skills in this film, dealing with importance of toilets, was loved and it was no wonder that he soon bagged his next film as well. Titled Batti Gul Meter Chalu, he managed to get Shahid Kapoor as the male lead of the film.

The film is all set to go on floors in January or February 2018 and speculation has been going around for sometime about who will be the leading lady in the film. Earlier, Ileana D’Cruz’s name was tossed around. Then, co-producer Prernaa Arora revealed that Katrina Kaif was offered the film and she even liked the script. But, she couldn’t do the film as she was busy with Thugs Of Hindostan and Shah Rukh Khan-Aanand L Rai’s next. Then finally, it was Vaani Kapoor who bagged the film.

However, it seems that things didn’t go as planned with this young, sizzling actress. Vaani Kapoor opted out of the film after she had come on board. Thankfully, for the makers, they didn’t have to go searching for an actress at the last moment. Shraddha Kapoor was approached and she gave her nod to the role opposite Shahid Kapoor. This will be the second time after Haider that both Shahid Kapoor and Shraddha Kapoor will work together.

Besides Batti Gul Meter Chalu, Shraddha Kapoor is working on the biopic of tennis star Saina Nehwal, directed by Amole Gupte. She is also working on Saaho, a trilingual film starring Prabhas.

Batti Gul Meter Chalu touches upon two aspects — first, the significance of electricity and life without it and second, what happens to a common man when he is faced with humongous bills. It is also expected to be a courtroom drama. Batti Gul Meter Chalu is produced by Bhushan Kumar, Prernaa Arora, Arjun N Kapoor and Krishan Kumar and it releases on August 31, 2018.