It’s often said that there are 2 India’s within this country. One is the urban India where the infrastructure is developed and all facilities like electricity, water supply, sanitation etc. are readily available. But there’s a part of India which still struggles with basic facilities. Shortage of electricity is one of the major problems of our country even today with power cuts being very frequent almost daily. On top of it, it’s not uncommon to come across reports of people slapped with insanely inflated electricity bills. Director Shree Narayan Singh, who impressed audiences last year with the social entertainer TOILET – EK PREM KATHA, is now back with BATTI GUL METER CHALU, and it also promises to be an entertainer with substance. So does BATTI GUL METER CHALU manage to impress and move viewers? Or does it fail in its endeavour? Let’s analyse. 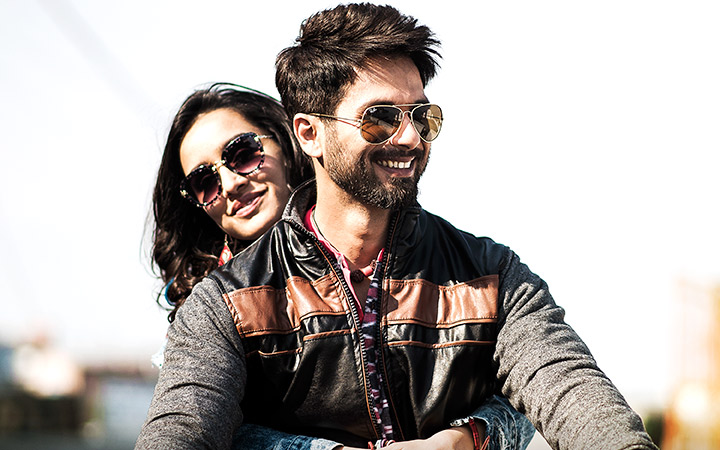 BATTI GUL METER CHALU is the story of the struggles of the common man with regards to the inconsistent electric supply. Sushil Kumar Pant aka SK (Shahid Kapoor), Lalita Nautiyal aka Nauti (Shraddha Kapoor) and Sundar Mohan Tripathi (Divyenndu) are thick friends. All three are based in Tehri in Uttarakhand. While SK is a lawyer who likes to earn a quick buck by blackmailing people and arm-twisting them, Nauti runs a boutique shop and dreams of becoming a top designer. Sundar is a simpleton who has recently started his factory, called UK Packaging. Both SK and Sundar have feelings for Nauti. Nauti decides to date both of them one by one and decides to announce her decision as to whom she’ll eventually get into a relationship with. At first, she dates SK and she has a lovely time. Then, it’s Sundar’s turn and he floors her with his simplicity and honesty. One day, SK sees them cosying up to each other and he loses his mind. He stops talking to them and leaves for Mussoorie. Meanwhile, Sundar is slapped with a bill of Rs. 54 lakhs by the private electricity company SPTL. He tries his best to find a solution to it and explain to the concerned authorities that it’s impossible that he has consumed so much of electricity. Moreover, due to power cuts, he’s already using generator which has put additional burden on his finances. Realizing that he might have to sell off his ancestral house to pay off the dues, Sundar approaches SK for help. But SK is hurt that Nauti chose Sundar over him. Hence, he ridicules both of them. With no other solution in hand, Sundar decides to end his life. What happens next forms the rest of the film.

Siddharth-Garima and Vipul Rawal’s story is simple which held a lot of promise but is not put together well. The basic premise has potential as it’s very relatable but it doesn’t come out properly. Siddharth-Garima’s screenplay is engaging only at places. There are far too many flaws and they get noticed easily. The film also reminds one of another courtroom drama, the JOLLY LLB series. Moreover, a crucial development is similar to Shahid’s own film CHUP CHUP KE [2006]. Siddharth-Garima’s dialogue has some funny punchlines. But the excessive use of terms like ‘thehra’ and ‘bal’ could have been avoided. In fact, the film’s length could have been reduced by ten minutes if these two words were chopped off!

Shree Narayan Singh’s direction is weak. He had a bit flawed but interesting write-up in hand and any other capable director could have turned things around. But Shree Narayan Singh doesn’t succeed much. There’s no doubt that he has handled some moments deftly and does make viewers aware about how acute the problem in question is. But his execution leaves a lot to be desired.

BATTI GUL METER CHALU is almost 161 minutes long and it’s first half could have been easily shortened by around 30 minutes. The beginning sequences depicting the friendship of the trio are strictly okay. Things begin to heat up once Nauti decides to date SK and then Sundar. The scene where Sundar spots Nauti and Sundar kissing is quite dramatic. Also, the entire Mussoorie sequence raises laughs and also has a great confrontational moment. The intermission point is dramatic. Post-interval, the scene of SK threatening the SPTL lawyer in the ombudsman office is whistle worthy. But the real fun begins with the courtroom sequence. The way SK catches hold of Gulnar Rizvi’s (Yami Gautam) soft-porn book and reads aloud an excerpt will bring the house down! A few of the facts revealed by SK are also startling. The climax ideally should have been a highpoint but sadly, it’s a point where the film comes down. Moreover, the villains in the story are not powerful enough. SK is fighting such a huge electricity company and he has even got the public on his side during the course of his fight. Yet, at no point does the company threaten him or his family members or physically assault him. They quietly let things happen and this bit looks very unconvincing.

Shahid Kapoor is one of the major reasons why the film succeeds to an extent. He’s in top form and will be loved for his comic timing. In the second half, he’s a riot! Also, he gives a wonderful performance in the emotional sequences. Shraddha Kapoor is over the top in the beginning sequences and it’s only in the serious scenes of the second half where she scores. Divyenndu is quite sincere and as always, gives an able performance. Yami Gautam has a very late entry and gives a fine performance. However, the scenes where she gets teased in the courtroom might not be liked by the female audiences. Atul Srivastav (Murarilal Tripathi; Sundar’s father) has some important scenes and is nice. Mukesh S Bhatt (Upreti) has quite a lot of screen time but doesn’t contribute much. Sushmita Mukherjee (Judge) tries to do a Saurabh Shukla of JOLLY LLB but looks forced. Sudhir Pande (D N Pant) is strictly okay and some of his scenes, shown in the trailer, are removed from the final cut. His entire track of trying to find a second wife doesn’t add at all to the main plot. Farida Jalal (Dadi) and Supriya Pilgaonkar (Beena Nautiyal) are wasted. Samir Soni (Sanjay Baduriya) looks tired and it seems like his voice has been dubbed. Rajendra Chawla (Janak Khanduri; officer at the complaint office) and Sukhvinder Chahal (Pankay Bahugana; SPTL official who gets caught in sting operation) are quite nice. Bijendra Kala (Deendayal Gangotri Travels owner) is as always good. Vikas (Sharib Hashmi) is unrecognizable while Badrul Islam (Kalyan) is decent. But their track is such that viewers might not be able to comprehend its significance. Anushka Ranjan (Rita) gets no scope.

As for the songs, ‘Gold Tamba’ is catchy and ‘Har Har Gange’ comes at a crucial juncture. ‘Hard Hard’ and ‘Dekhte Dekhte’ are forced. Vijay Verma, Anamik and Lyton's background score is disappointing in the light-hearted scenes but gets better in the second half. Anshuman Mahaley's cinematography is appropriate but the makers should have avoided taking too many long shots of the town. Udai Prakash Singh’s production design is realistic. Darshan Jalan and Neelanchal Kumar Ghosh’s costumes are as per the requirements of the characters. Post House’s VFX is very bad especially in the scenes shot in the day but are presented as night sequences. Shree Narayan Singh’s editing could have been better and crisper.

On the whole, BATTI GUL METER CHALU is an average, one-time watch entertainer that appeals only in parts. The film has lot of flaws and loose ends and Shahid Kapoor’s entertaining performance saves the day to an extent. At the box office, it will require a really strong word of mouth to attract footfalls.

I love this movie really enjoy a lot ...best movie of the year ... And both the actors play a…