While Salman Khan is soaring high with the success of Bharat, the actor has another release this year. The superstar is set to return as the quirky cop Chulbul Pandey in Dabangg 3 which is being directed by Prabhu Deva. As the film is one of the most awaited movies of the year, the makers are hustling hard to make it a memorable one. 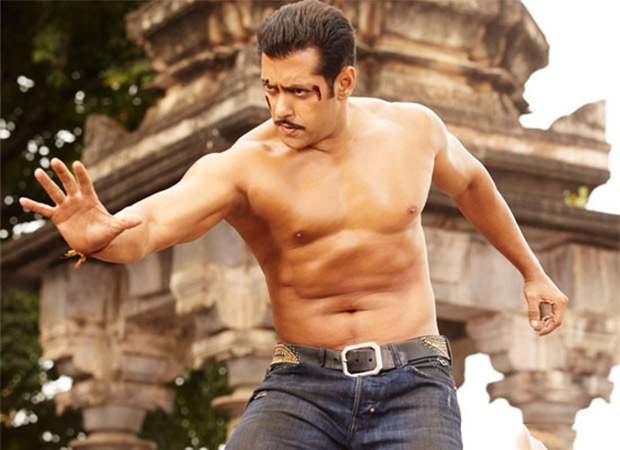 It is already known that Salman Khan will also play the younger version of Chulbul Pandey when he was in his 20s. Since these scenes will be flashback ones, the actor will reportedly shed weight to look slimmer and fitter in these scenes. These will be during the time when his character had not become a cop yet and will tell the story about how he became the Robinhood. The actor will be fitter and lean in these flashback scenes and is working hard to lose 7 kilos. It is also one of the reasons Salman has been sharing a lot of fitness photos and videos since he working hard towards achieving his goal.

Besides Sonakshi who is returning as Salman Khan’s wife Rajjo, another lady will be introduced in the film and she is Mahesh Manjrekar’s daughter Ashwami Manjrekar. She will reportedly essay the role of Salman’s love interest during his younger days as Chulbul Pandey.

Directed by Prabhu Deva, Dabangg 3 stars Salman Khan, Arbaaz Khan, Sonakshi Sinha, Pramod Khanna among others. It is set to release on December 20, 2019.