It is known that Salman Khan is all set to return as Chulbul Pandey in Dabangg 3. The shooting of the film commenced in April this year and by the end of July or August, they will reportedly wrap up the film. While all the original characters are returning in the third installment, the cast will deeply miss their beloved Vinod Khanna who essayed the role of Salman's stepfather in the film. 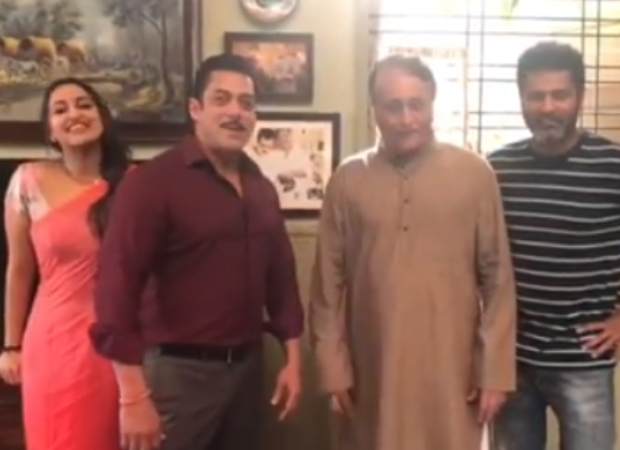 Vinod Khanna passed away in April of 2017. Now, the makers of Dabangg 3 have roped in Pramod Khanna, Vinod's brother, to essay the role of Salman's stepfather Prajapati Pandey in the film. On Thursday, the actor took to his social media to make the announcement with Sonakshi Sinha and Prabhu Deva. "Introducing Pramod Khanna . . #Dabangg3 @aslisona @prabhudheva," wrote Salman Khan.

Another interesting news was revealed that Salman Khan will be grooving on the song 'Seeti' along with several policemen. Dabangg 3, helmed by Prabhu Dheva, stars Sonakshi Sinha and Arbaaz Khan. Kannada superstar Sudeep is the antagonist in the film. The film is set for Christmas 2019 release.

ALSO READ: Dabangg 3: Salman Khan to groove to the beats of 'Seeti' with several policemen