Four popular South Korean dramas are getting remakes in form of musicals. Crash Landing On You, Hotel Del Luna, M, and Another Miss Oh are four in-demand dramas that are being turned into stage musicals. 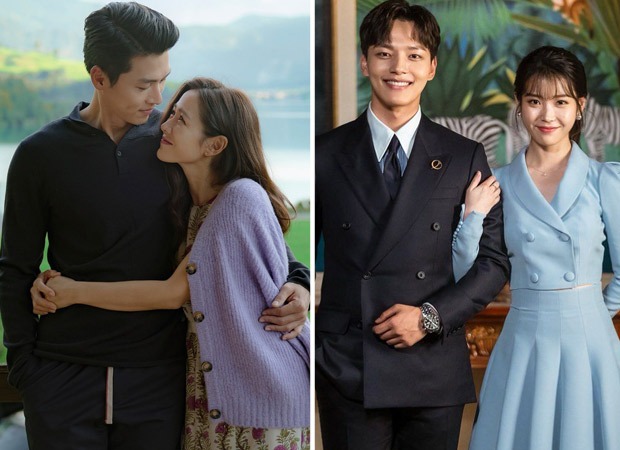 Crash Landing On You, Hotel Del Luna, M and Another Miss Oh to be remade into musicals

The smash-hit rom-com Crash Landing On You (2019) starring Hyun Bin and Son Ye Jin in the lead roles talked about star-crossed lovers and became a huge sensation worldwide. The Paris Hilton of South Korea meets an elite North Korean military officer — it’s an unlikely pairing if there ever was one, but Ri Jeong Hyeok (Hyun Bin) is all Yun Se Ri (Son Ye Jin) has in this mysterious country, and love blooms in the most unexpected places. Crash-landing on top of someone in a strange place will do that to you. It will be remade into a musical in September at COEX in southern Seoul, according to the Korean tabloid Yonhap. The details of the casting and production are kept under wraps.

Another hit TV series, Hotel Del Luna (2019) starring IU and Yeo Jin Goo is set for a musical remake. The fantasy romance drama is set in the middle of Seoul about the eponymous hotel that caters only to ghosts; the beautiful but ill-tempered CEO is cursed to manage the hotel due to a terrible crime she committed, but cannot remember.

The third drama to be made in a musical is Another Miss Oh based on the namesake 2016 romance comedy. It will start in March 2022 in Daehangno, central Seoul. As per the report, this marks its second run as a musical after its premiere two years ago. The original story features the ordinary Oh Hae Young (Seo Hyun Jin) who is used to being a supporting character in life because of her common name. But she suddenly becomes the main character of sound director Park Do Kyung’s (Eric Moon) mysterious visions and just happens to have the same name as his ex. By K-drama fate, they end up as neighbors and that's how the story goes.

Lastly, the 1994 medical horror series M is expected to start in February in Seoul at an arts theater in Dongguk University. Starring Shim Eun Ha, according to Korean outlet Soompi, the series, "due to aspects such as its storyline that involved abortion and its special effects, which included the green eyes of main character Park Ma Ri/Kim Joo Ri who was played by actress Shim Eun Ha. Its highest viewership rating was a whopping 50 percent and the average viewership rating was 38.6 percent."