One of India’s foremost content creators, Abundantia Entertainment, led-by Vikram Malhotra, announced today that it is producing a film on the Math Genius, Shakuntala Devi. Actor par excellence, Vidya Balan will play the lead role of Shakuntala Devi in the film. Shakuntala Devi, the mathematical wizard, or ‘human computer’ a moniker she earned, was known for her ability to make incredibly swift calculations. Shakuntala’s genius was first discovered at the age of 5 when she solved a math problem for 18-year-old students. Though she never received any formal education, her talent for numbers also earned her a place in the 1982 edition of The Guinness Book of World Records. 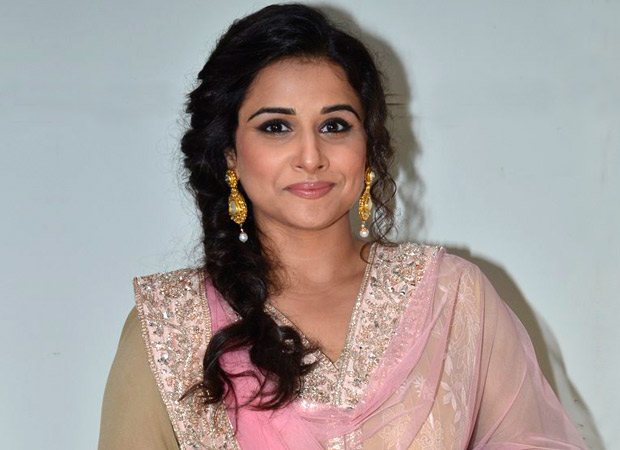 The truly gifted Shakuntala Devi donned many hats over the years. Aside from her love for mathematics, she was an astrologer, cookbook author, and a novelist. She travelled the world demonstrating her mathematical ideas - at colleges, in theatres, on radio and on television. Her book, The World Of Homosexuals, is also considered to be the first study of homosexuality in India.

The Shakuntala Devi film will be helmed by Anu Menon, director of London, Paris, New York and the much-talked-about Amazon Prime Original, Four More Shots Please! Abundantia, the producer of genre-breaking content like Airlift, Baby, Toilet-Ek Prem Katha and the Original Series Breathe, is currently developing the film for the big screen. Anu Menon has also written the story along with Nayanika Mahtani and the dialogue will be penned by Ishita Moitra. Scheduled to go on floors, later this year, the film is slated to be a summer 2020 release.

A thrilled Vidya Balan says, “I am extremely excited to play the human computer, Shakuntala Devi, on the big screen. She was truly someone who embraced her individuality, had a strong feminist voice and braved many a naysayer to reach the pinnacle of success. But what truly fascinates me is that you wouldn’t normally associate a fun person with Math...and she completely turns that perception on its head. I am thrilled that Vikram, who I’ve worked with on Kahaani, and his team are producing the film. Vikram (Malhotra), Anu (Menon) and I are proud to bring to life the story of one of the most inspiring women of this country. How incredible that ‘The Math Genius’, ‘The Human Computer’, was a small-town Indian girl, who took the world by storm.”

Producer Vikram Malhotra echoes her sentiment, “Abundantia has always been at the forefront of supporting progressive and insightful stories. I am delighted that we are extending our content philosophy further with this exciting story on the life and times of Shakuntala Devi. I am confident that this compelling story will resonate strongly with fans of all ages. I’m delighted to collaborate with Vidya (Balan) once again. Her versatility as a performer is unmatched and the passion that she has brought to this film is amazing! I am equally delighted to partner with Anu Menon, who has woven an entertaining and evocative narrative. With this film, we hope to take Abundantia’s high-quality, innovative and engaging story-telling to the next level.”

Director Anu Menon adds, “Shakuntala Devi was an extraordinary woman, who lived ahead of her times and on her own terms, unapologetically. Her love for numbers and the passion with which she spread the joy of maths, against all odds is truly fascinating. Shakuntala is a true heroine for our times. And who else can capture the spirit of a woman like Shakuntala than the incredible Vidya Balan. We have spent months together in script development and it’s been nothing short of exhilarating. I also feel incredibly lucky to collaborate with Vikram (Malhotra) on this journey, who has helped breathe life into this project. I hope all of us together can do justice to the life of Shakuntala, who was truly one of her kind.”