Ayushmann Khurrana and Vaani Kapoor starrer Chandigarh Kare Aashqiui gained overwhelming love from the audiences during its theatrical release and was also hailed as one of the most path-breaking films of our times. The film continues this winning streak upon its OTT release as it is trending at no. 1 position across India, UAE, Australia, New Zealand, and Singapore among many other countries. Currently, being the only Indian film to be a part of the Global top 5 list. Furthermore, Chandigarh Kare Aashiqui remains to be the most viewed non-English film as it gauges a whopping 53 lakh hours of viewership just within 3 days of its digital release. 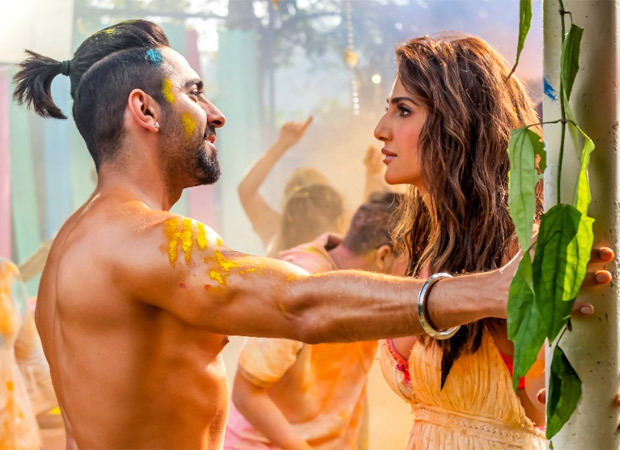 This mind-bending love story wasn’t just well received by critics but also struck the right emotional cord with the audience.  Breaking stereotypes, the subject of Chandigarh Kare Aashiqui made a huge impact and paved the way for many directors to broach such bold and beautiful narratives going forward.

While Ayushmann Khurrana, known for tackling such social taboos, aced his performance as the gym rat gabru of Chandigarh, Vaani Kapoor garnered tremendous appreciation for her brave call to essay a transgender character and do due justice to it. The visionary behind this spectacle, director Abhishek Kapoor has yet again proved his calibre and versatile range as a storyteller by navigating through such unexplored realms and giving us this progressive and utterly relevant masterpiece.

Also Read: Chandigarh Kare Aashiqui antagonist Abhishek Bajaj reveals he had sixteen stitches in his hand while auditioning for the film