Like every year, Aishwarya Rai Bachchan will fly to the French Riviera, to walk the red carpet of the prestigious Cannes Film Festival. Not surprisingly, she will be interacting and bonding with some international stars as a part of the same. Being the co-ambassador of the brand L’Oréal Paris, Hollywood star Helen Mirren and Aishwarya will also be sharing the stage for a chat show. 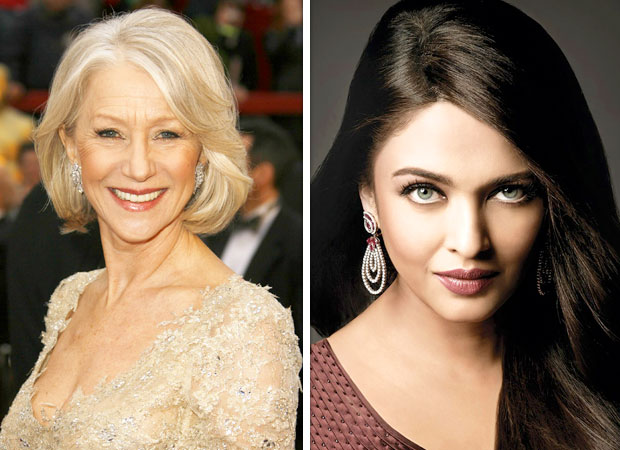 If reports are to be believed, a 30 minute chat show is being planned at the Cannes Film Festival. The objective is to promote the women empowerment in cinema and for the same Helen Mirren and Aishwarya Rai Bachchan are expected to come together. It is to be held on May 12. Hosted by the French actor Ophelie Meunier, the show will be open for public from May 8 to 14 every night.

The show which is named after the tagline of the cosmetic major, Worth It will also feature other brand ambassadors of L’Oréal besides Aishwarya and Helen. One amongst them will be Deepika Padukone who will attend the show on May 10. The other names on the show include Jane Fonda, Julianne Moore, French actress-singer Isabelle Adjani, Leila Bekhti and Aja Naomi King.

If sources are to be believed, the talks on the show will revolve around beauty, films and inspirational women. Besides actors, others who will be a part of it will also include makeup artists.

This year, many actresses from Bollywood will be a part of the festival. Besides Aishwarya and Deepika, the festival will also be attended Sonam Kapoor as the ambassador for LOreal. The actress will take off to the French Riviera immediately after ties the knot with businessman Anand Ahuja. It will also see the presence of Kangana Ranaut for her film Manikarnika - The Queen of Jhansi and Nandita Das for her directorial Manto, starring Nawazuddin Siddiqui.

SCOOP: Zee Studios in talks with Antim and…