Popular band BTS member Suga is set for another international collaboration. After featuring on Halsey's studio album 'Manic' with the track 'Suga's Interlude', he has another collab with MAX on his sophomore album 'Colour Vision'. Both of them previously worked on 'Burn It' track from Suga's chart-topping second mixtape 'D-2' with his pseudonym AGUST D and it received tremendous appreciation. Titled 'Blueberry Eyes', the song is the sixth track in his upcoming album. 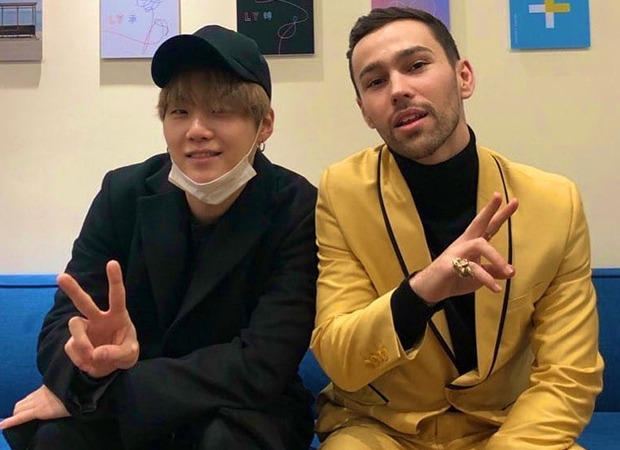 Not only is this one of the highly anticipated collabs, after their 'Burn It' track, but the expectations have also increased. In his Forbes interview, MAX confirmed the Suga features on his sophomore album. The preview of the track was unveiled on July 24 by Apple Music and Suga's part sounds exquisite. This is something very new when it comes to playing with sound and we haven't heard Suga like this before. Fans are stoked, already!

Earlier this year,  they had their first meet up in South Korea where MAX had his tour stop. The two of them had chilled out meet up when the 'D-2' collab was discussed. The two of them reunited in Los Angeles and went to the Lakers game dressed in yellow jerseys in the honour of late Kobe Bryant.

“BURN IT” WITH MY BROTHER SUGA AKA AGUST D OUT NOW

MAX has been teasing his upcoming album for a while which will be out on September 18, 2020.

A ray of light that cut through my shadow
You who overturned my life that had been only dark
+ https://t.co/6la957R4l6

Our days
Our nights
Our lives
U.A.R.E.M.Y. Light
Friends who hold each other up,
who are each other's anchor