Last Updated 10.12.2022 | 1:13 PM IST
feedback language
follow us on
Bollywood Hungama » News » Bollywood News » BTS’ RM pens lengthy note after hiatus news of the group gets misconstrued: “Courage to want to be honest is, as always, ends up creating unnecessary misunderstandings and anger”

Pop titans BTS announced that the group would start solo projects while remaining active as a group. On June 14, the group released a new BTS Dinner Party video via its official YouTube channel ‘BANGTANTV’ to celebrate their 9th anniversary and look back on their journey leading up to the latest anthology album Proof. In the video, BTS opened their hearts and talked about their feelings and thoughts on the difficulties and changes they went through amid the pandemic. The members also frankly confessed that they faced challenges in the creative process as artists after actively working over the past nine years. Members mentioned future plans to accelerate personal growth and embark on “BTS' chapter 2.” In this new chapter, the group will allow themselves to express their individuality through the release of solo albums and collaborations with other artists. J-Hope marks the beginning of his upcoming solo album and further information will be shared in due course. But, the openness of the group in the video has led to misunderstandings among the media, and leader RM has penned a lengthy letter in Korean to clarify. 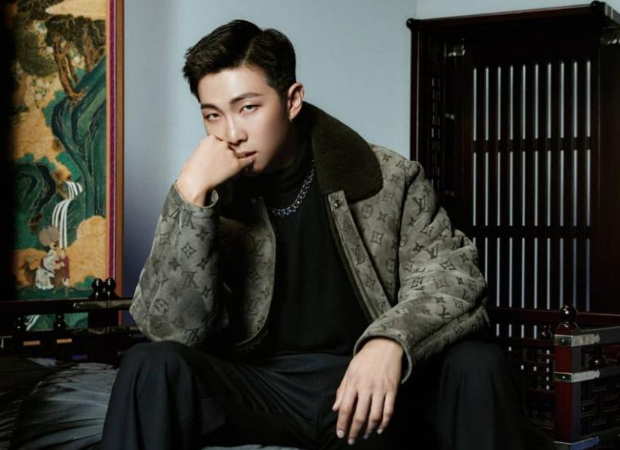 BTS’ RM pens lengthy note after hiatus news of the group gets misconstrued: “Courage to want to be honest is, as always, ends up creating unnecessary misunderstandings and anger”

RM explained that the FESTA dinner was for the fans who have continued to support the group for 9 years. He also expressed his resentment at the misunderstandings about the group's hiatus, the screenshots of him being emotional, and more importantly, emphasized that the group wanted to ensure what they say is taken as it is and nothing more. As per the translation by fan account @modooborahae, who said that the letter was direct and blunt, RM said, "I saw that from the screenshots and the titles of the articles [that people sent me], provocative and simplistic/not fully interpreted keywords like "disbandment," "halt to activities/hiatus," "announcement," etc in the titles. Though it wasn't like we didn't expect this to happen or weren't prepared to see this, still it feels bitter (doesn't feel great/disappointed). And it wasn't like we wanted people to leave their opinions after watching the entire video where we were crying and being emotional."

"This was a video solely dedicated to all ARMY who have been with us for the past 9 years, whether it was the non-regular (freeform) content structure or the symbolism of the date June 13 itself. Outsiders can, of course, say, "you're making a big deal out of nothing," "they're only saying that because they're so successful (they have high-class problems)" and people can have those reactions but.. what artist and fandom would have come this far, we Bangtan and ARMY definitely have something special that was fostered from never stopping from sharing for nearly 10 years, which is unusual," he added.

"This sentiment is a question we've been asked more than hundreds of times during interviews, but it's hard and so difficult/tiring to express and describe in just a few words. Anyways, [our video] was a confession and a confession [of penance] for all our fans who gave us that special relationship and have been communicating with us without asking us for anything in return. Those who saw the video will know, just as the title of the song 'Yet To Come' suggests, what we genuinely wanted to say was that this was not the end, this is the truth. Since only the moment I was sobbing was screenshotted and kept spreading everywhere, it made me think, again, if I shared too much. I think the courage to want to be honest is, as always, ends up creating unnecessary misunderstandings and anger," RM said.

He continued, "What I want to say is that it's not that we're actually 2 and beat around the bush and talk as if we're 1. We said 1 is 1, and we just shared all the emotions of that process with our courage and tears. If you are an ARMY who knows us, I have no doubt that you will have the generosity and open heart to understand us. What we said in the video is everything. Though Jungkook and Taehyung explained everything well on VLive, we have always openly discussed Bangtan Sonyeondan's long-term future. I can't say we didn't have our disagreements and we didn't sulk, but I believe it's just from trial and error from us starting a life part of society from a young age in our teens and 20s."

"I do know that this letter too could be perceived as making a big deal/fuss..and I'm scared that this will just pour fuel to the noise's fire, but as the person who talked the most, I wanted to give you an explanation of the main points. To all of you who watched the video, and to everyone who sends us good support and love, energy from near or afar, thank you so much. I will work hard to show you the good sides whether as a team or as an individual in the future. Thank you," he concluded.

Read the full letter with translation below:

Following the video, a statement from Big Hit Music read, “BIGHIT MUSIC said, “BTS now starts a new chapter with new solo projects as well as group projects. Members will take this time to achieve personal growth through various new activities, and we expect it to further strengthen the foundation for the group‘s long-run as a team. BIGHIT MUSIC will actively support the artists.”

BTS plan to begin the 10th year as a group by releasing solo work and collaborations with several artists. SUGA kicked off this year with his collaboration with PSY on 'That That'.  With the official announcement, J-Hope will begin solo activities with a potential new album and his performance at Lollapalooza in July. Following this, BTS' V will be seen in a variety show with his actor and music friends - a spin-off of In The SOOP. RM, Jin, SUGA, Jimin, and Jungkook also plan to release solo work as well.

BTS released their new anthology album Proof today. The official music video of the lead single “Yet To Come (The Most Beautiful Moment)” is also available now. Proof comes 11 months after their latest single CD Butter. The three-CD album introduces three new tracks, one on each CD: “Yet To Come (The Most Beautiful Moment)”, “Run BTS” and “For Youth.” The album comprises 48 tracks in total, from the greatest hit songs, solo/sub-unit tracks selected by each member, and unreleased tracks to special tracks.

ALSO READ: HYBE clarifies BTS' indefinite hiatus is to focus new chapter of their lives; J-Hope to be first member to kick off their solo activities