BTS members are set to receive one of the highest honours! The South Korean group, that has taken over the world by storm with their music, will be the youngest recipient of the James A. Van Fleet Award this year.  The award will be given by The Korea Society which is a private, nonprofit, nonpartisan organization with individual and corporate members that is dedicated solely to the promotion of greater awareness, understanding, and cooperation between the people of the United States and Korea. 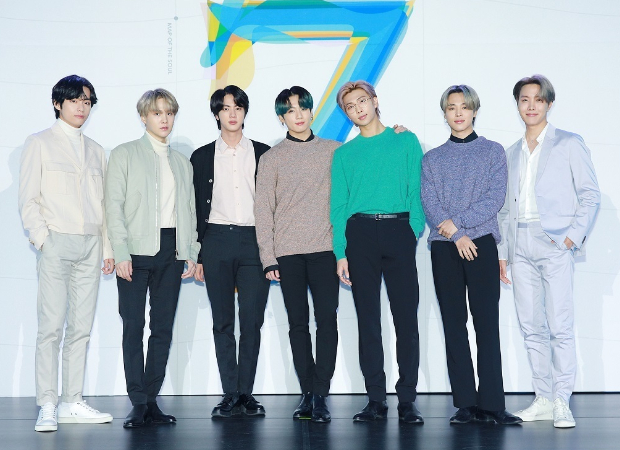 This year the Annual Gala Dinner, in light of health and safety concerns regarding COVID-19, will be held virtually on Wednesday, October 7, with the theme “Enduring Alliance, Expanding Horizons”.

BTS members also the youngest recipient of The Order of Cultural Merit in South Korea. After their stupendous success in the last seven years, BTS received the fifth-class Hwagwan Order of Cultural Merit at the 2018 Korean Popular Culture & Arts Awards. It is awarded to those who have showcased outstanding contributions in the fields of culture and art in the interest of promoting national culture and national development.

On the professional front, BTS is working on their next album. Ahead of their album, they will release their English track 'DYNAMITE' on August 21. Their first performance of the song will be at Video Music Awards 2020 on August 30. The official music video will release on August 21 at 1 pm KST (9:30 am IST) and the second one will drop on August 25 at 12 am KST (August 24 - 8:30 pm IST).

ALSO READ: BTS to release their fourth film Break The Silence: The Movie in theatres from September 10