History will be recreated this Wednesday evening, when the players from India’s historic victory in the 1983 World Cup series, will watch the film together. 83 director Kabir Khan can barely contain his excitement. “Can you imagine what this means? All the players who brought us that Cup will be watching the event being re-enacted on-screen with 12 actors playing them on screen.” 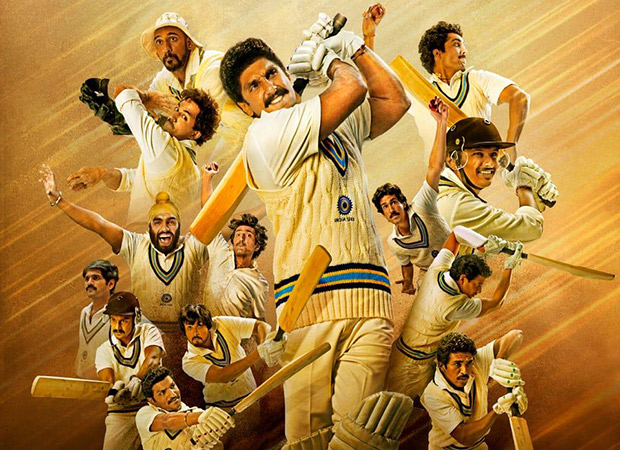 I tell Kabir history was created once in 1983; it will now be created again this evening. “You can say that again. The very thought of this evening has been giving me sleepless nights and goosebumps for days. I was actually dreaming of this moment for three years now, ever since I started making 83. That evening when the original team will watch themselves on screen reliving their historic victory, is here.”

Kabir reveals this was Kapil Dev’s idea. “I have been asking him to see the film. He insisted on watching it with the rest of the World Cup team. He wanted to make sure they were all together for the experience. Now that moment is finally here.”

Kabir admits he is a nervous wreck. “I know I will be hiding behind a pillar watching the real heroes watching themselves on screen.”

The entire historic evening is being filmed for posterity.

Also Read: Ranveer Singh charged 83 makers Rs. 20 cr. as his remuneration; also has a profit share in the film