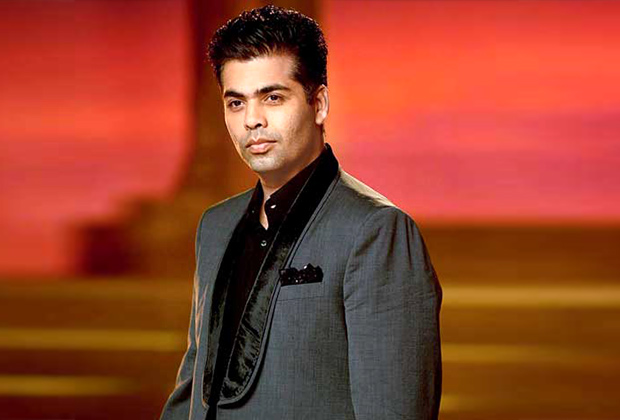 Over the past few weeks, there has been a lot of turmoil over the release of Karan Johar’s soon to release film Ae Dil Hai Mushkil. After local political parties announced that they would object to the release of the film which features the Pakistani artist Fawad Khan, following the Uri attacks, there has been much speculation whether the film will hit screens as scheduled. However, what caught everyone’s attention was the maker of the film Karan Johar’s copious silence over the matter. Well finally breaking his silence, Karan released a video message directed to the people of India.

Starting off with why he held his silence for the past weeks, Karan says, “There has been some talk on why I have remained silent for the past two weeks. Today I would like to clarify why I have remained silent. It is because of the deep sense of hurt and the deep sense of pain that I felt that a few people would actually believe that I am being anti-national. I need to say this and I say this with strength that, for me my country comes first. Nothing else matters to me but my country.”

Further talking about the atmosphere and the frayed relationship between the two countries when he shot Ae Dil Hai Mushkil, Karan Johar added, “I have always felt that the best way to express your patriotism is to spread love, and that is all I have tried to do through my work and my cinema. When I shot my film Ae Dil Hai Mushkil in September to December last year, the climate was completely different, the circumstances were completely different. There were efforts made by our government for peaceful relationships with the neighbouring country, and I respected those endeavours then, those efforts then and I respect the sentiment today. I understand the sentiment because I feel the same.”

Not forgetting about the mandate from the IMPPA towards Indian filmmakers cautioning them against employing Pakistani artists, while at the same time speaking about his upcoming film, Karan Johar added, “Going forward I would like to say that of course I will not engage with the talent from the neighbouring country given the circumstance, but with that same energy, I beseech you to know one thing that, over 300 Indian people in my crew have put their blood sweat and tears into my film Ae Dil Hai Mushkil, and I don’t think it is fair to them to face any kind of turbulence on account of other fellow Indians.”

Concluding his statement on the matter, Karan Johar reiterated his support to the Indian armed forces saying, “I respect the Indian army, I salute the Indian army for everything that they do to protect us in our environment. I respect them with all my heart and I say that I condemn any form of terrorism, any form, and especially the terrorism that would affect my people in my country and me. I just hope that all of you understand just exactly the circumstance and situation that we are in and respect the fact that we love and respect our country over and above anything else.”

Vijay Singh, CEO, Fox Star Studios, India, says, “We unequivocally condemn the terror attacks on India and support the government of India in all its effort to bring safety and peace for Indians. Karan Johar is a proud, emotional and patriotic Indian like all of us and his nationalism cannot be questioned. Fox Star Studios, India, whole-heartedly stands by him at this time and we are gearing up for the Diwali release of Ae Dil Hai Mushkil on October 28. The film has been made by an Indian director, the actors of this film Ranbir Kapoor, Anushka Sharma and Aishwarya Rai Bachchan are all Indians, and the crew who have worked tirelessly on this film to see their labour of love in theatres with their families are all Indians. We have met the police commissioner today and have been assured that the police will provide protection to all theatres including single-screens and multiplexes, should there be any requirement. We are thankful to the Government and Police for their support and thereby ensuring that audiences can have a Happy Diwali.”