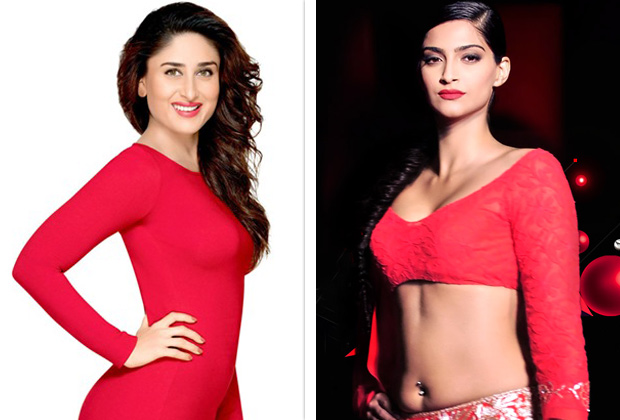 Even before we get to see the two pretty ladies on the silver screen, Kareena Kapoor Khan and Sonam Kapoor will be coming together for small screen and that too, for their friend’s show Koffee With Karan. Well, the chat show that often unveils scoops of Bollywood gossips will have the two ladies on the couch talking their heart out to their favourite host Karan Johar.

Readers may recall that producer Rhea Kapoor had announced her ambitious chick-flick Veere Di Wedding with her sister Sonam Kapoor and Kareena Kapoor Khan playing the leads. The film is a journey of four modern Indian women as they set out to attend a wedding and will have Kareena and Sonam coming together for the first time. Considering that the two are also quite unabashed about speaking up and add to that the twisted questions of the show, we believe that this episode will turn out to be the one to watch out for.

As of now, Kareena Kapoor Khan is in Kerala celebrating her wedding anniversary with hubby Saif Ali Khan who is shooting for the Bollywood version of Jon Favreau’s Chef. The couple is also expecting their first baby this year. On the other hand, Sonam Kapoor has been missing from the big screen ever since the release of Neerja but her last film continues to earn accolades at several film festivals even after months of releasing.