Move over Sonam Kapoor, but there is yet another celebrity wedding in the industry which just happened right now and we somehow can’t wrap my head around it. Neha Dhupia just announced her marriage to Angad Bedi and we are SHOOK! Whoa, we had no inkling of this and did not see it coming. Well, such a HAPPY surprise this is. We wish Neha and Angad all the best and a lifetime of happiness, love and companionship! We need to time to process this but yay, we are so happy. Guys, the shaadi season is officially on. Sonam Kapoor and Anand Ahuja just got married and now this! Well, does any other celebrity want to jump on this bandwagon? We have a few names. Deepika Padukone and Ranveer Singh top this list. We are waiting, waiting, waiting! But right now let us celebrate the fact that television’s favourite host and industry insider Neha got married to her boyfriend Angad. 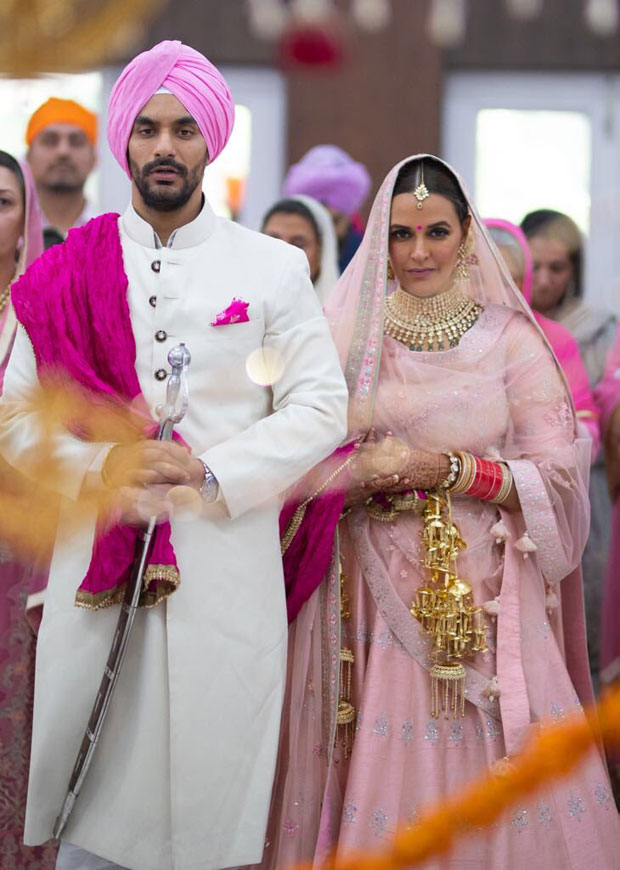 Karan Johar took to Twitter to congratulate the couple and wrote, My darling and most special friend @NehaDhupia who l love and adore dearly is married to the gentleman and talented @Imangadbedi !! Here’s wishing them decades of unconditional love!!”. Neha and Angad too took to Twitter to post beautiful pictures from their ceremony and write, “Best decision of my life.. today, I married my best friend. Hello there, husband! @Imangadbedi.” Angad wrote, “Best friend.. now wife!! Well Hello there Mrs BEDI!!! @NehaDhupia.”

Looking at the pics one can gauge that Neha looks like a quintessential Sikh bride and like Sonam, they too had an Anand Karaj ceremony. There is a turban on Angad’s head and a Kirpan clutched to his waist. Together, they make an amazing pair. Agreed? 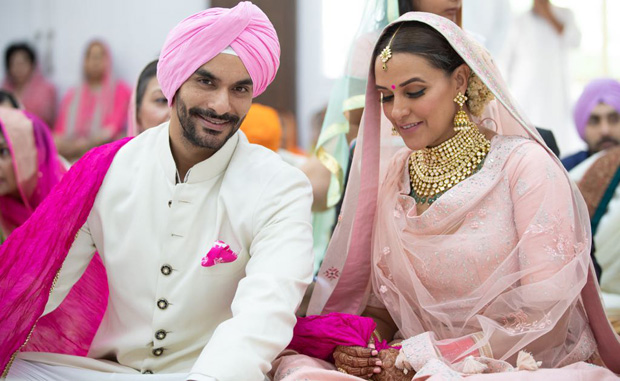 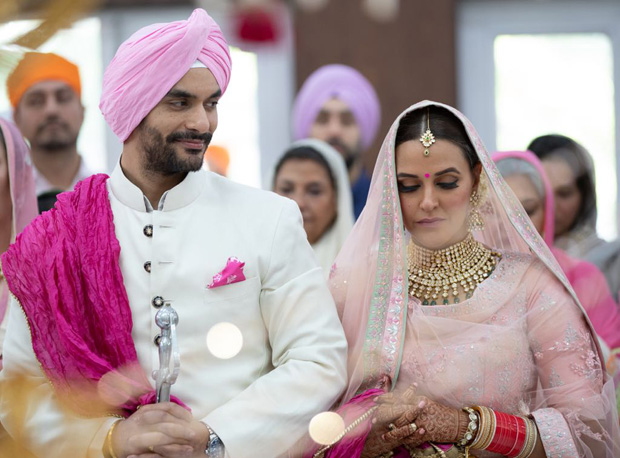