Ajay Devgn, Tabu and Rakul Preet Singh are coming together in an upcoming romantic comedy, De De Pyaar De. The film features Ajay in his 50s who is dating a woman half his age. Rakul plays the role of the girlfriend whereas Tabu stars as the ex-wife. As the film is set to hit the screens this week, the makers have decided to release it a day prior. 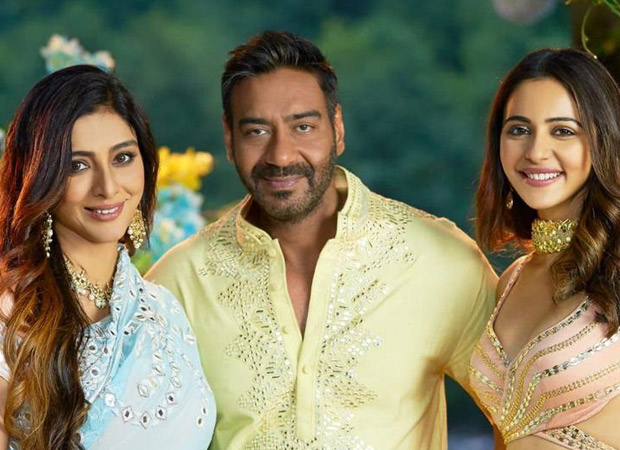 The release date for the film is May 17. But, the makers of De De Pyaar De have decided to hold paid previews on Thursday, May 16. As the film has a solo release, it will get a long weekend. Also, the bookings for the paid previews begin today.

Directed by Akiv Ali, De De Pyaar De is an urban rom-com, produced by Bhushan Kumar, Krishan Kumar, Luv Ranjan and Ankur Garg. The film releases on 17th May 2019 but the paid previews for the film begin on May 16.

Besides this, the actor will be seen in Tanhaji – The Unsung Warrior, Luv Ranjan film with Ranbir Kapoor, Syed Abdul Rahim biopic and Bhuj – The Pride Of India.