Bigg Boss which has been available in varied languages down South, from Tamil to Malayalam to Telugu to Kannada, has made news many times. But this time around, there has been a small twist in the tale. It wasn’t about any contestant but the hosts that made the ongoing season of Bigg Boss Malayalam special. Two South superstars namely Kamal Haasan and Mohanlal shared stage as a part of Vishwaroopam 2 promotions. 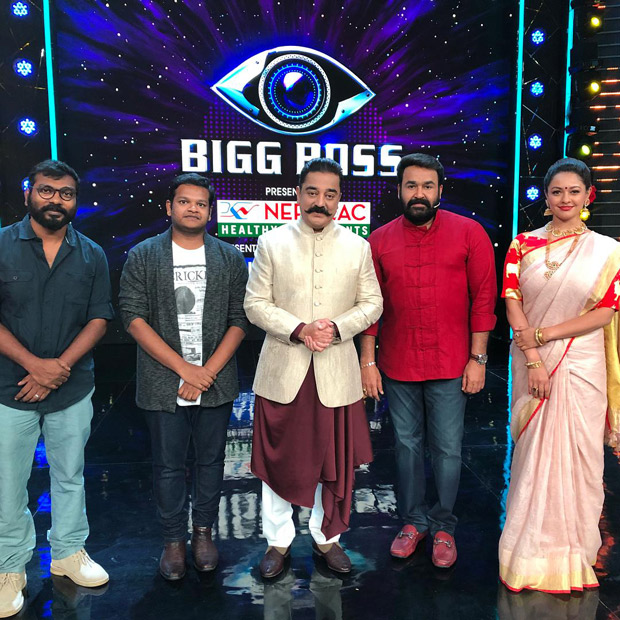 While the episode will be aired soon, we hear that it was definitely an iconic moment for everyone on the sets to see such great actors interacting with each other. Pictures of the same even went viral on social media after Kamal Haasan shared it on his Instagram handle. While Kamal Haasan looked all stylish promoting Vishwaroopam 2, Mohanlal appeared in a casual denim-shirt avatar. Here’s a look of the two shaking hands on the sets of Bigg Boss Malayalam.

For the uninitiated, Kamal Haasan hosts the Bigg Boss Tamil. The show is currently in its second season and despite the shoots, the actor has been juggling between schedules and has been promoting his film constantly. Not only did he appear on this reality show but the superstar is making appearances across different reality shows in varied languages. While he appeared on Bollywood shows like Indian Idol 10 and India’s Best Dramebaaz recently, he has also promoted the film on the sets of Bigg Boss Telugu which is hosted by Nani. 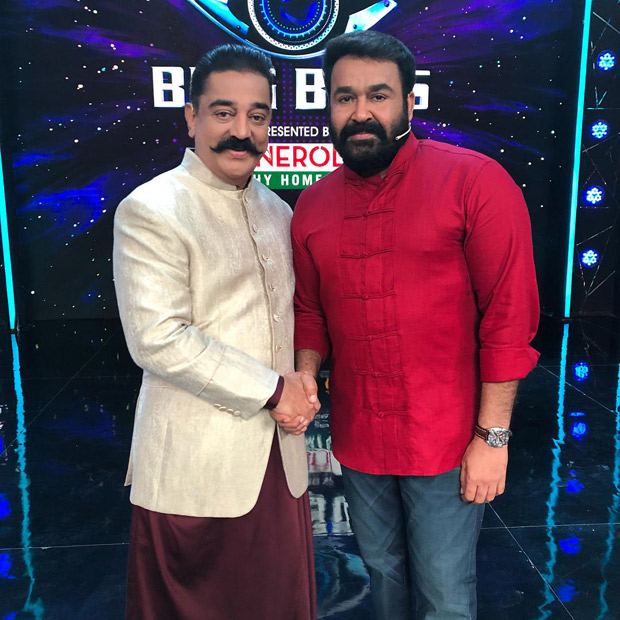 Vishwaroopam 2, which has been Kamal Haasan’s baby all the way, also retains its actors from its past instalment along with a few additions. The film stars Pooja Kumar, Andrea Jeremiah, Rahul Bose, Waheeda Rehman, Shekhar Kapur amongst others. It released in three languages, namely, Tamil, Telugu and Hindi on August 10, which is today. In Hindi, it is retitled as Vishwaroop II.