Another great news coming your way, ARMY! The popular group BTS has already teased that they are working on their new album and the seven musicians (RM, Jin, Suga, J-Hope, Jimin, V and Jungkook) have diligently taken different roles in participation. Their parent company, Big Hit Entertainment, on Thursday (August 13) confirmed that BTS will release their new album in the 4th quarter of 2020 (October - December). 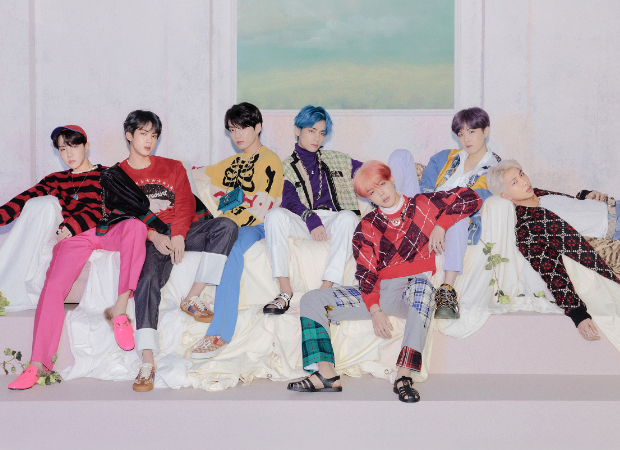 Along with the album announcement, BTS will finally showcase their 'Map Of The Soul: 7' performances with an offline and online concert. As the concerts had to be rescheduled amid the pandemic, BTS held their first online showcase during BTS FESTA - Bang Bang Con - The Live which garnered immense response including bagging Guinness World Record. Another concert is on the way, now! "This October, there will be a BTS performance that will be both streamed online and held offline. After a long wait, you can finally look forward to performances of 'MAP OF THE SOUL: 7' at the "BTS - MAP OF THE SOUL: ONE concert," Big Hit Entertainment announced during their corporate briefing.

They also said that Learn! Korean With BTS has been a success and fans from many countries have shown keen interest in learning the language. "Approximately 2.19 million fans from 200 countries and regions watched Learn! Korean with BTS episodes 4.3 million times. As it teaches Korean, most of the viewers were non-Koreans. Although the numbers changed every week, viewers were mostly from the US, India, Indonesia, the Philippines & Japan tuned in the most," it was revealed.

Through their app Weverse, the company official released the poster and announced that the concerts will be held on October 10 and 11. "Hello. This is Big Hit Entertainment."BTS MAP OF THE SOUL ON:E" will be held on October 10 (Sat.) and 11 (Sun.) as a simultaneous online streaming and offline performance event. We look forward to your interest in MAP OF THE SOUL ON:E, a one and only "ONline Edition" concert."

Only limited seating will be available for purchase for the offline performances in accordance with government-mandated concert seat distancing measures for COVID-19 prevention. Please stay tuned for additional notices for more detailed information. Thank you," the statement read.

As BTS moves forward, they are gearing up for the release of their English single 'DYNAMITE' on August 21. Their first performance of the song is set to happen at Video Music Awards 2020 on August 30.

BTS set for explosive performance on…