Bhumi Pednekar is a socially conscious actor who has always lent her support towards bringing awareness on environmental issues. The versatile actor runs a campaign called Climate Warrior through which she is relentlessly raising her voice for climate change and climate justice. She has been shooting in Bhopal for Durgavati and was mighty impressed seeing an initiative in Bhopal to curb plastic pollution. Bhumi came out to support this initiative and congratulated the Plastic Donation Centre & Bhopal Municipal Corporation of the city for their work. 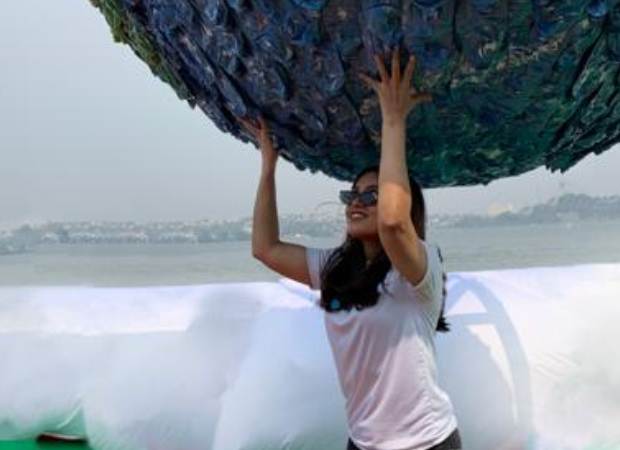 An eyewitness from the event says, “It is now well-known that Bhumi is a climate advocate who is being relentless in her efforts to raise awareness on environmental issues. The local team managing the shoot of Durgavati were aware of this and approached her to lend her support by unveiling an installation in Bhopal titled Waste to Art at the Boat Club, Bhopal. Of course, Bhumi readily agreed after realising the hard work that is being done by the people of Bhopal and all authorities.” 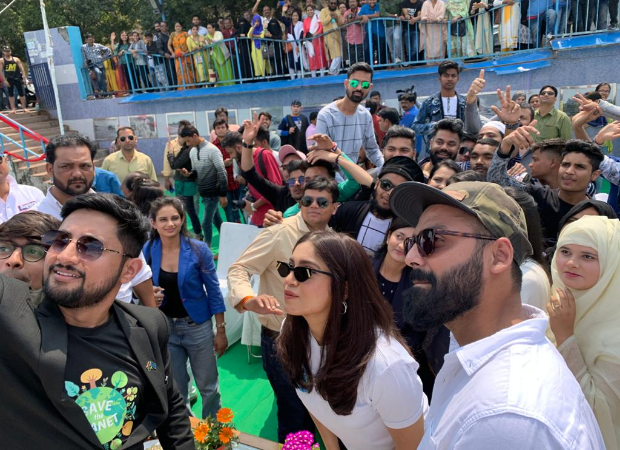 The source adds, “The waste-to-art art piece at the Boat Club is a stunningly big installation aimed at reminding the people of the city to curb plastic consumption and pollution. The artwork was made by the Plastic Donation Centre & Bhopal Municipal Corporation and will hopefully help in raising more awareness on environmental protection. Bhumi along with the Commissioner Bhopal Municipal Corporation B. Vijay Dutta, Bhopal Collector Shri Tarun Pithode and DIG Bhopal Shri Irshad Wali graced the event and unveiled the installation.”

The unique art piece has been crafted from hundreds of kilograms of waste plastic and is an initiative of the Plastic Donation Center that has been working relentlessly to curb the plastic menace in its own unique way of combining this powerful message through art! The art piece is an example of how waste can be turned into something that can be appreciated while reminding all that such waste should be reduced daily to not choke the world’s eco-system.

The initiative is aimed to foster the participation of the public and various other stakeholders so as to promote a sustainable world that curbs the plastic menace. It also works to create awareness over the ill effects of it and motivate commitment at the highest level for their solution.