Salman Khan's much awaited film Bharat has gone on floors and the actor has started shooting for it. Yesterday, director Ali Abbas Zafar shared a sneak peek from the first day of the shoot and intrigued us with never before seen avatar of the superstar! According to the director, "Bharat is rooted in India & its culture, spans over seven decades & travels across the world." 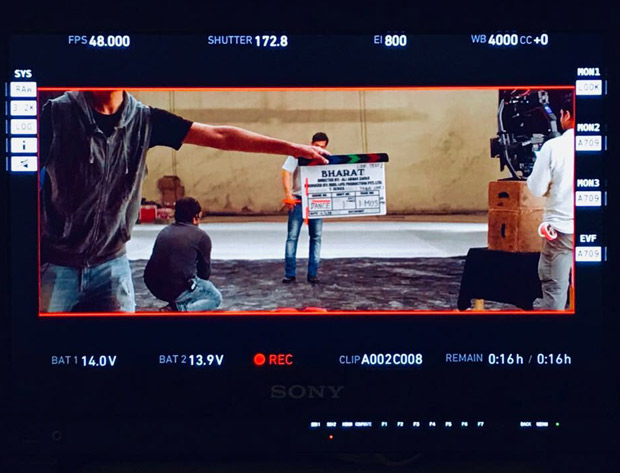 The movie is special for another reason. Guess who is playing the female lead in the movie? It's Priyanka Chopra! Yes! Salman's this film marks the much awaited homecoming for the talented actress as she was last seen in Jai Gangajaal a couple of years ago. Ali revealed that Priyanka is a perfect fit for the film as she brings to the table her incredible talent & international appeal. Moreover, the story, setting and just about everything of Bharat matches up to Salman and Priyanka's image and we are sure to be enthralled by the rich tapestry of Indian culture once again via Ali's lens!

And it begins “Bharat” @BeingSalmanKhan . A journey of a man and a nation together . Eid 2019 pic.twitter.com/nD05ca2FDE

It is interesting to note that Ali's earlier movie with Salman, Sultan, was again rooted in the soil and showed the superstar as a Haryanavi wrestler of international repute. The movie was appreciated by masses for Salman's wrestler act and the dramatic physical transformation he went through for the role. We can expect the same earthiness and focus from him this time with Bharat.

Meanwhile, Priyanka Chopra is wrapping up Quantico's third season in Ireland and a other few international commitments. She sure should be back home with a bang! Salman is almost done shooting with Race 3 and has television commitments with reality shows Dus Ka Dum and Bigg Boss season 12.