Not too long ago, the makers of Bharat released the song featuring Disha Patani and Salman Khan! We are indeed talking about the song ‘Slow Motion’ which features the actress as a gymnastic star and she is also seen shaking a leg with the Khan superstar. Keeping in mind the circus backdrop, the actress is expected to play the role of a trapeze artist of the 1960s. It seems that while rehearsing for the said number, a week before shooting for it, Disha reportedly broke her leg. 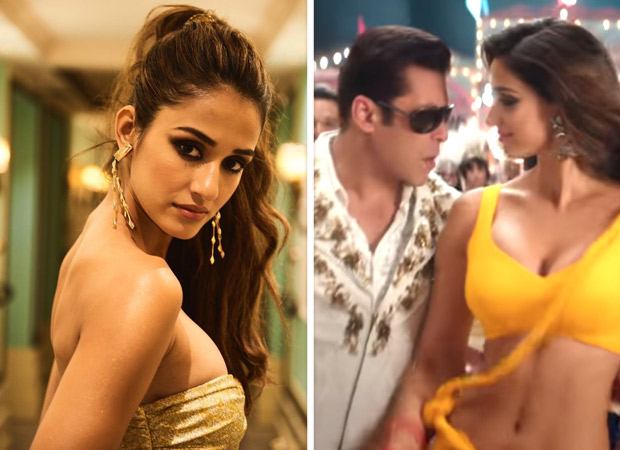 Disha Patani stated in current reports that she was not just practicing for the song but she was also doing gymnastics simultaneously for her role in Bharat. However, it seems that all the over training had taken a toll on her health and she eventually ended up injuring her knee. In the said reported interview, Disha revealed that she broke the knee because of the same. Audiences may recall that Disha did a lot of stunts in the song including a back flip and all of this had cost her, her health!

The Baaghi 2 actress went on to add that she couldn’t walk after the injury and was on complete bed rest before the shoot kick started. She also spoke about how the shooting had turned out to be quite difficult for her owing to the knee wound and that she would use cold press after every shot. However, the actress asserted that even though all of it was painful, after seeing the song, she feels that all of it was worth it.

Furthermore, Disha also asserted that she is now indeed in love with the peppy massy number and that she had fun shooting with everyone.

Besides her and Salman Khan, Bharat also stars Katrina Kaif, Sunil Grover, Jackie Shroff, Tabu in prominent roles. The film, directed by Ali Abbas Zafar, is a remake of the Korean drama Ode To My Father and it is slated to release on June 5.

Also Read: Disha Patani and Salman Khan groove to the beats of Slow Motion from Bharat