Amrita Singh, who was last seen as the loud and fussy Punjabi mother in 2 States, will mark her return to the big screen with Red Chillies Entertainment's upcoming crime thriller Badla. The actress will be seen playing a Punjabi woman as well as a mother, however, with a twist in the upcoming film. We see the glimpse of the veteran actor in the trailer that was released by the makers. In the still released, the actress is seen with so much in pain her eyes. 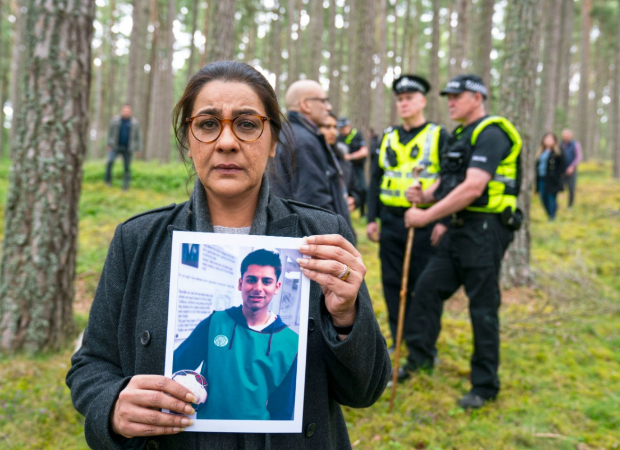 The film, which released today, boasts of a strong cast with Taapsee Pannu and Amitabh Bachchan in the lead. Shot in UK, Glasgow, Badla sets the pace for the gripping crime thriller. The trailer has left the audience intrigued to unfold the mystery of a murder, caught in the catastrophe as the main suspect, Taapsee's character has left the audience on a cliff hanger.

After Pink, Taapsee Pannu and Amitabh Bachchan will be reuniting to play a client and lawyer duo in Badla. The film will also mark the debut of a very talented Malayalam actor Tony Luke, in addition to Amrita Singh and Manav Kaul.

Badla is presented by Red Chillies Entertainment in association with Azure Entertainment, produced by Gauri Khan, Sunir Kheterpal and Akshai Puri, the crime thriller is directed by Sujoy Ghosh, starring Amitabh Bachchan and Taapsee Pannu in the lead roles.