K Vijayendra Prasad who has scripted his son S S Rajamouli’s Baahubali and also the Salman Khan blockbuster Bajrangi Bhaijaan is, according to a widely-read report, all set to collaborate with Aamir Khan on a new version of the Mahabharat. 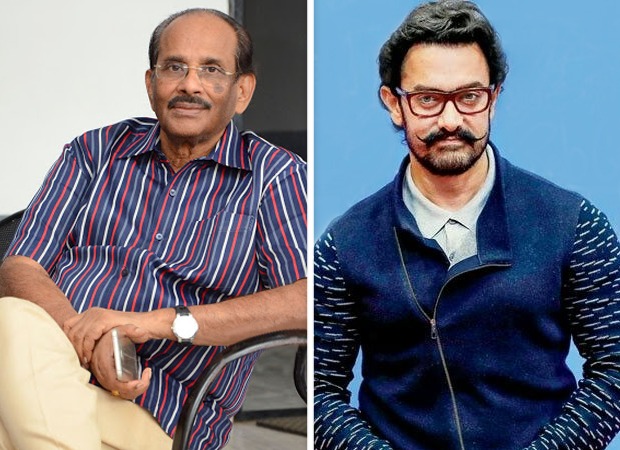 Or, so the report quotes Vijayendra Prasad as saying. He is quoted as saying, “The dialogue has started between me and Mr Aamir Khan regarding ‘Mahabharat’ we will begin work on the script. It is too pre-mature to talk anything in detail about the project,”

However, when I contacted the veteran writer, he denied any plans of a collaboration with Aamir Khan over the Mahabharat or any other project. “The reporter did speak to me. But I think there was some miscommunication because of a language problem. Also because I am not able to catch all of a conversation on the phone. The fact is, there is no such collaboration with Aamir.”

Could it be because Vijayendra’s son Rajamouli is planning his own version of the Mahabharat? “No such thing! We are not committed to work only with each other. The fact is, I am not doing anything on the Mahabharat.”