Fox Star Studios and Raj Kumar Gupta will be coming up with an espionage thriller – India’s Most Wanted which is inspired from true events. Arjun Kapoor will be essaying the role of an intelligence officer for the very first time on celluloid. The film will unfold the story of the mission that captured India’s most wanted terrorist, without firing a single bullet. 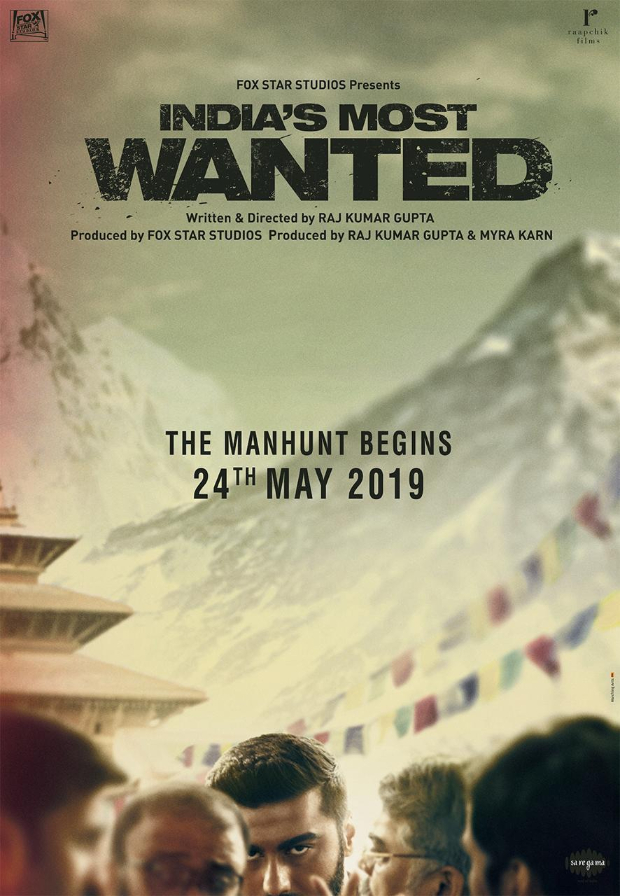 And the first poster of the film was unveiled on Monday morning. Arjun Kapoor is seen amid a crowd hunting for his suspect. The tagline on the poster reads, "Manhunt Begins." Arjun shared the poster and wrote, "I am proud to present to all of you #IndiasMostWanted, an unbelievable story inspired by true events. Teaser out tomorrow. @rajkumar_rkg @foxstarhindi @raapchik_films #IMW."

Not just that, the teaser of the film will be unveiled on April 16. With that being said, the teaser will also be attached to Varun Dhawan and Alia Bhatt's multi-starrer Kalank which is set for April 17. The film is releasing in 3000 screens and the makers of India's Most Wanted will benefit from it. Confirming the same, Raj Kumar Gupta said that as the audiences are enjoying superhero stories, his film is about real life heroes who save lives and is set in the real world. Raj Kumar Gupta said that one has to keep the sensibility of the subject intact even if they adding the fictional part to it. They have shot the film in real locations.

Produced by Fox Star Studios, Raj Kumar Gupta and Myra Karn, India's Most Wanted will release on 24th May 2019.