Bhavesh Joshi Superhero marks the second outing of Harshvardhan Kapoor where he turns social crusader in his fight against corruption in the vigilante drama. The action-packed trailer traces the journey of a group of friends who set out on the path of righteousness. Over a series of thrilling incidents, their life takes a curve, leading a common man to become a Superhero in the form of Bhavesh Joshi Superhero. 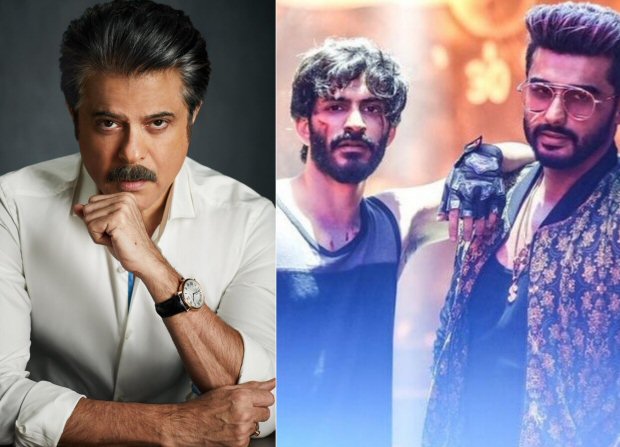 Earlier this week, the second song of the film 'Chavanprash' is currently out which features cousins Harshvardhan Kapoor and Arjun Kapoor. Arjun makes a guest appearance with the quirky dance number which features siblings Shibani Dandekar and Anusha Dandekar. The quirky song brings the two brothers together for the very first time in though they don't seem to come face to face in the song.

But, recently director Vikramaditya Motwane revealed how it all happened. So it turns out that it was Anil Kapoor who suggested that Arjun should feature in the song. The song, choreographed by Vaibhavi Merchant, is high on energy and a never seen avatar of Arjun. With Anil Kapoor's suggestion, the director roped in the Ishaqzaade actor and this family collaboration turned out to be good idea for the makers. Earlier the song was supposed to be reportedly choreographed by Farah Khan before she fractured her leg.

Bhavesh Joshi Superhero promises some intense action and well-crafted hand combat fights, which have been designed by an international crew, and is shot at some never before seen locations in and around Mumbai.

Presented by Eros International & Phantom, Bhavesh Joshi Superhero is directed by Vikramaditya Motwane starring Harshvardhan Kapoor and is slated to release on May 25, 2018.