Filmmaker Homi Adajania's upcoming film Angrezi Medium is the story about a father whose daughter aspires to study abroad with Irrfan Khan and Radhika Madan in the lead. However, there is also a mother-daughter track essayed by Dimple Kapadia and Kareena Kapoor which is an equally important track in the film. 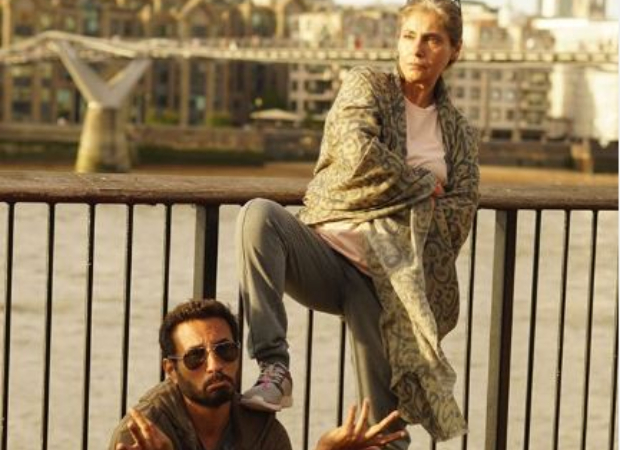 Talking about Dimple Kapadia to a tabloid, Homi said that he has earned the senior actress's blind trust by ensuring that she is always in character and never strikes a false note on the screen.

Dimple Kapadia has been a part of every film made by Homi Adajania from Being Cyrus to Finding Fanny to Cocktail and now Angrezi medium. To this, the director said that he casts her out of the fear of getting beaten up if he did otherwise. He further said that it was producer Dinesh Vijan' idea to get Kareena to play the daughter, Naina.

Homi revealed that the narrative takes a turn with Kareena's entry. The film shows the growing generation gap between Irrfan and Radhika's characters where the latter is always complaining about how her father does not understand her. Homi said that Kareena and DImple's character is a reflection of what could happen to them.

Talking further about the cast he said that stars usually bring their egos on the set but in this film, there was no time for that and he is happy about that. The filmmaker found it to be a liberating experience to be like this with one another without any negativity.

Angrezi Medium is slated to hit the theatres on March 20.