Akshay Kumar and Amitabh Bachchan have worked in several films together including Aankhen, Khakhee amongst others. Interestingly, Amitabh Bachchan has a guest appearance in Akshay Kumar's upcoming film Pad Man. As the actors are reuniting after several years, they are also coming together for something special.

Well, Amitabh Bachchan's upcoming film's 102 Not Out trailer will be attached to Akshay Kumar's Pad Man which is releasing tomorrow. The film's director Umesh Shukla recently confirmed the news. The news is a double treat for the fans as the megastar even has a cameo in Pad Man. 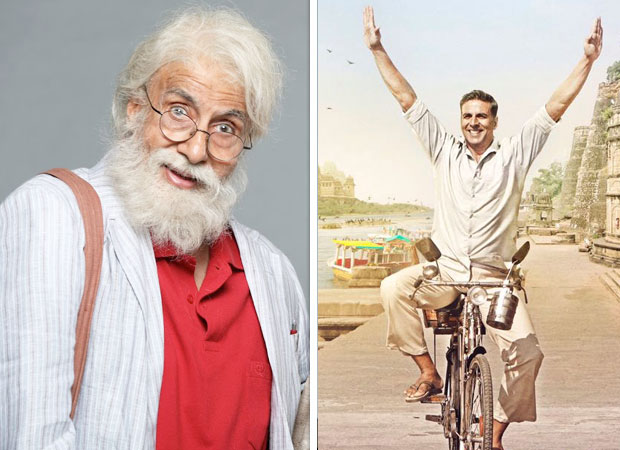 102 Not Out is based on a hit Gujarati play with the same name. It is a story of 102-year old Dattaraya Vakharia who at his age continues to spin aspirations and dreams, while his cynical son the 75-year old son Babu is cautious and cynical. Rishi Kapoor and Amitabh Bachchan are reuniting after 26 years later since they last came together in the Shashi Kapoor directed film, Ajooba. Rishi Kapoor is playing Amitabh Bachchan's son in the film.

Meanwhile, Pad Man, directed by R Balki and produced by Twinkle Khanna, is based on a real-life story of a social entrepreneur, Arunachalam Muruganantham, who took it up to himself to provide low-cost sanitary napkins to women from poor economic states across rural India. The film also stars Sonam Kapoor and Radhika Apte. It is slated to release on February 9, 2018.

Also Read: Amitabh Bachchan and Rishi Kapoor to sing together for the first time in 102 Not Out