Kartik Aaryan is all set to return with his Pyaar Ka Punchnama 2 co-stars Nushrat Barucha and Sunny Singh. The trio will be joining hands yet again with director Luv Ranjan for Sonu Ke Titu Ki Sweety. The team has already kick started its promotions and during the same, Kartik made an interesting revelation. And it is related to none other than Dharma Productions! 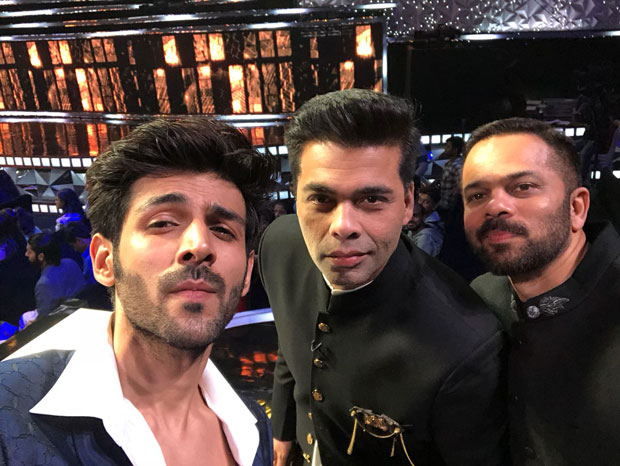 Kartik Aaryan along with his co-stars recently made a guest appearance on the show India’s Next Superstar. The show features Karan Johar and Rohit Shetty as judges and Kartik too shared the panel along with them. The actor, reportedly revealed that Karan’s Dharma Productions had signed him for three films, during the episode. Yes! In fact, we also hear that the actor had started shooting for one of these films.

However, unfortunately, the film didn’t work out and the other film deals too fell through. Further, recent reports also claim that Kartik Aaryan has auditioned for almost every Dharma film of late. On the other hand, excited about sharing the dias with Karan Johar and Rohit Shetty, Kartik also clicked a selfie. He also reportedly stated that like every other actor, he too has a dream to work with Karan.

On the work front, Kartik Aaryan will next be seen in Sonu Ke Titu Ki Sweety. The film, interestingly, explores the the war between bromance and romance. Furthermore, it is slated for a release this month, on February 23.