Amitabh Bachchan has been a part of the film industry for five decades and is undoubtedly the master of his trade. The actor who continues to amaze the audience with his performance has directed a sequence from his upcoming film Chehre. 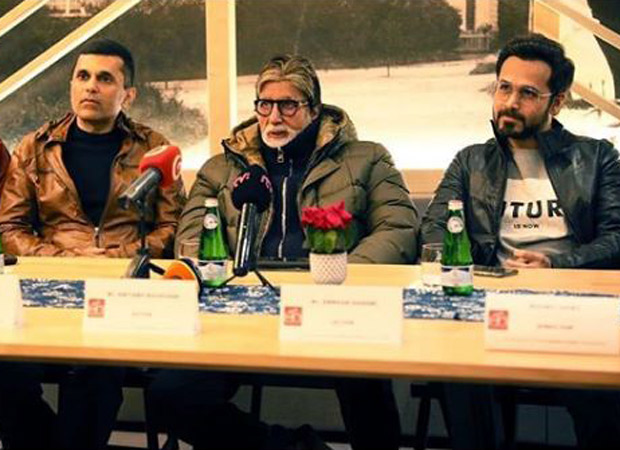 In a recent interview with a news agency, Anand Pandit who is the producer of the film Chehre, said that Amitabh Bachchan gave inputs throughout the making of the film, and the veteran actor also directed the upcoming film's chasing-and-combat scenes. He further said that the film has been extremely special for several reasons and the entire crew got emotional when they had to wrap the shoot. Pandit said that even in subzero weather, when it would become almost impossible to shot, Bachchan would be the first to arrive on set.

The producer said that Amitabh Bachchan understands every aspect of filmmaking and every input given by him has been incorporated in the film. The actor also shared behind-the-scenes ideas with Pandit that boosted the overall impact of the film.

The film is directed by Rumi Jaffery and also stars Emraan Hashmi and Krystle D'Souza. The film is slated to release on April 24, 2020.