Rani Mukerji’s Mardaani 2 has become a must-watch film as it has shocked and gripped the nation with its brilliant storyline. Inspired by shocking true crimes against women by juveniles, the edge-of-the-seat thriller sees Rani in a race against time to capture a brutal serial rapist, played by the brilliant debutant Vishal Jethwa, who systematically targets women. The film has received incredible appreciation from media and critics and is riding on hugely positive word of mouth. 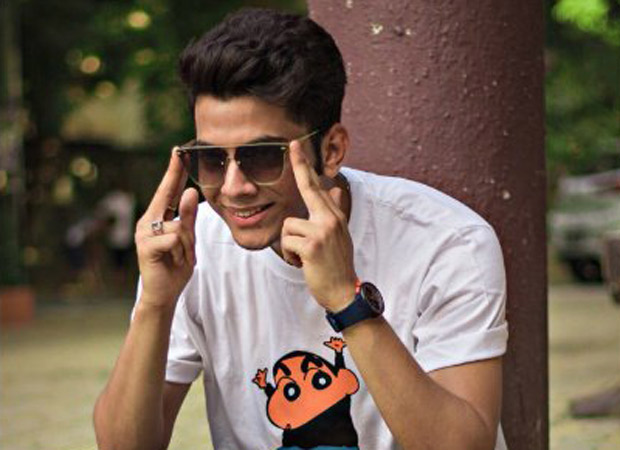 The pure evil of a villain, Vishal, has become the talk of the nation with his spine-chilling villainous act in the film. Vishal has given Bollywood a villain that it will relish for years to come and is a perfect nemesis of Rani. His pure evil act has earned him rave reviews and many have called him a ‘revelation’! Vishal opened up about his methodical and meticulous process of completely forgetting himself to become the inhuman serial rapist Sunny on screen.

“I’m a very happy, social person so this character is a complete contrast to who I’m in real life. It was very, very hard for me to become Sunny but I knew I had to prove myself as an actor. The preparation for this film was a painful process for me emotionally. I’m an actor so I approached my debut with as much honesty and integrity towards the character that I was given to play. I knew that for media and people to love my character, I will need them to hate Sunny and I prepped really hard. It was not easy because I’m not this evil person,” says Vishal.

“To transform into Sunny, I used to put a chair in the middle of the room and I used to vent all my anger, all my aggression towards it as if it was a person. I used a rod to hit the chair, abuse at the chair, shout and scream at the chair as if I was Sunny and I had to cause pain. I was exhausted after this process because Sunny is a person no one should ever become. Our film warns of people like him,” he adds.

“I also decided that I will wear the same clothes that Sunny wore in the film so that he can be with me even when I wasn’t rehearsing. I wore Sunny’s clothes through the shooting schedule. At one point in time, I stopped taking a bath with soap because Sunny is a filthy human being. I used to go to my house and lock myself up in my house for hours and hours and try and behave like Sunny, trying to find a body language, posture, demeanour,” he adds.

The newcomer elaborates, “I searched for a lot of news clips about such criminals and in detail researched about their crimes and their state of mind while committing these crimes. I was in a very dark place and I remember one day I couldn’t take it anymore and I broke down and kept sobbing and howling for a long time as this character ate me from inside. But, I think, everything that I did to become Sunny paid off at the end because of the love and appreciation that I’m getting now. It was a tough phase for me but I had to go through it to bring Sunny to life. I had to believe in him, believe his beliefs and notions about society and women to become him,” he adds.

And choosing to play a villain in his first film is definitely a brave move by Vishal. He elaborated on his decision by saying, “Playing a villain in your debut film is a tough choice for sure but I’m an actor at the end of the day and I would like to showcase my acting in every possible way. For me being a part of a franchise like Mardaani 2 was a big opportunity. It had an icon like Rani Mukerji. It was being produced by YRF – the biggest production house in India and I was sure I will get the right exposure with this film.”

The talented actor adds, “Everything checked out for me and I decided to take the plunge. I’m glad right now that people have loved the film and have appreciated my work. It’s a positive step in the right direction. I would love to be a part of good films and I’m not thinking about what my next film or role should be. I’m ready to do good work in good films. This is a dream come true for me so I’m not going to strategise now and just enjoy the work.”

Produced by Aditya Chopra, Mardaani 2 is running to packed houses in theatres now.