Amber Heard has responded to Johnny Depp’s first TikTok message to his fans, where he thanked his fans for unwavering support and talked about moving forward after the verdict in his defamation trial against her. 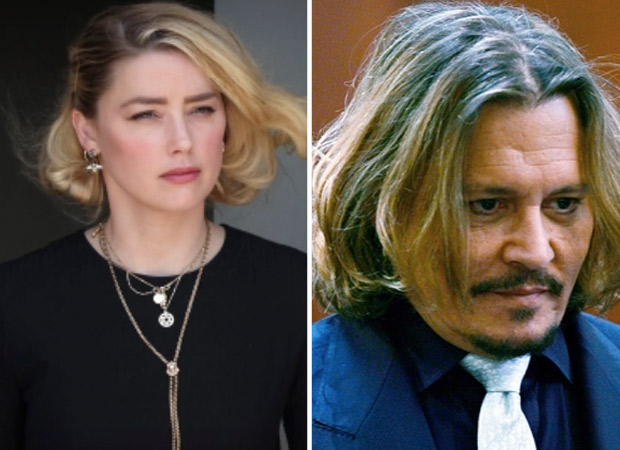 According to People tabloid, On Tuesday, just under a week since the jury gave a verdict in favor of Depp and the court awarded him $10.35 million in damages and Heard $2 million after a six-week trial, Depp joined TikTok and thanked his "loyal" fans. His first upload on the social media site was a montage of his recent music touring with Jeff Beck, with the caption, "To all of my most treasured, loyal and unwavering supporters. We've been everywhere together, we have seen everything together. We have walked the same road together. We did the right thing together, all because you cared."

"And now, we will all move forward together," he continued. "You are, as always, my employers and once again I am whittled down to no way to say thank you, other than just by saying thank you. So, thank you. My love & respect, JD." The Pirates of the Caribbean star has officially joined TikTok and in a matter of few days he gained 4.6 million followers.

Responding to Depp’s TikTok message, Heard's spokesperson said in a statement, saying, "As Johnny Depp says he's 'moving forward,' women's rights are moving backward. The verdict's message to victims of domestic violence is ... be afraid to stand up and speak out." Heard also addressed the future of women’s rights in her immediate statement following her loss to Depp in court last week. “The disappointment I feel today is beyond words. I’m heartbroken that the mountain of evidence still was not enough to stand up to the disproportionate power, influence and sway of my ex-husband.”

“I’m even more disappointed with what this verdict means for other women,” she continued, calling the jury’s decision a “setback.” “It sets back the clock to a time when a woman who spoke up and spoke out could be publicly shamed and humiliated. It sets back the idea that violence against women is to be taken seriously.”