Kangana Ranaut, who was recently speaking to the media during the Manikarnika success bash, had many complaints over how Bollywood celebrities do not speak up or intervene in political matters. She even called out Ranbir Kapoor for making a comment on how he refrained from commenting once because he had electricity and water in his house and he was content with that! Speaking about the same and how Kangana slammed celebrities for maintaining silence on political issues, Alia recently responded to her comments. 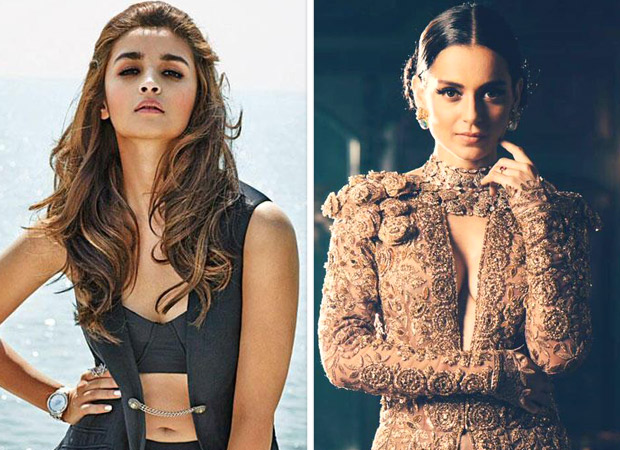 Reacting to the recent comments made by Kangana Ranuat, Alia Bhatt added that she is someone who would like to restrict her comments to herself but at the same time she lauded Kangana for speaking up. Alia Bhatt said, “I definitely don’t have the ability to speak as candidly as Kangana does and I really do respect her for that. And may be in a way she is right that sometimes we do hold back because we often don’t feel the need to speak. My dad always says that there are already so many opinions in the world that the world can do with one less opinion. So I have an opinion but I will keep it to myself. But Kudos to her because she genuinely speaks really well.”

Kangana Ranaut had earlier too lashed out at Alia Bhatt for not supporting her film Manikarnika – The Queen of Jhansi. She even went on to speak about how Alia is a puppet in Karan Johar’s hands. But Alia Bhatt had maintained that she continues to respect and admire Kangana’s work. She had also earlier mentioned that she really likes how Kangana can speak uninhibitedly on matters.

Also Read: The Alia Bhatt – Kangana Ranaut row intensifies: The Raazi actress gives a RESPONSE to the Manikarnika actress’s blame that she is Karan Johar’s puppet