Alia Bhatt has been busy with the promotions of her film, Gully Boy. The actress stars with Ranveer Singh in Zoya Akhtar directorial. While she has a good rapport with every other star, it seems like she has unintentionally upset Kangana Ranaut. Recently, Kangana had spoken about how the industry folks have double standards and they don't reciprocate favours. 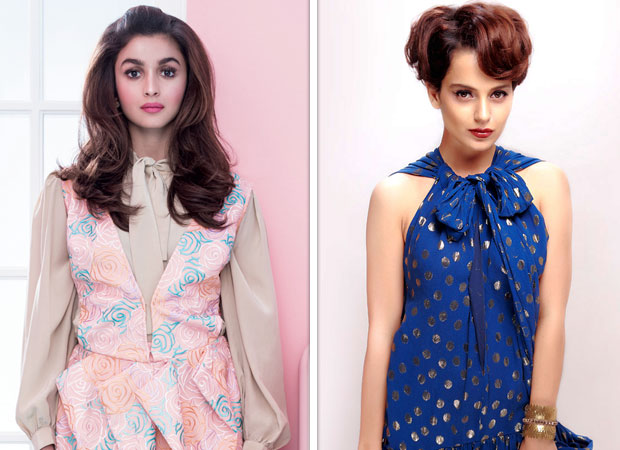 Kangana Ranaut had talked about how Alia Bhatt had sent her Raazi trailer, and she called Alia after watching the film. But the gesture was never returned by Alia during Manikarnika. Kangana complained that these people don't have time for the trials of her films. As she has a couple of films coming up this year, Ranaut does not expect any of them to show up.

When asked about how much she wants people to like her and has upset Kangana, Alia Bhatt said, "I hope she likes me. I don't think I've done anything to upset her. If I have, I will apologize to her. She is very outspoken and it takes very tremendous courage to be like that. I wasn't aware I had upset her."

Meanwhile, Alia Bhatt and Gully Boy team will be heading to Berlin tonight for the premiere of their film at Berlinale 2019. The film is set to release on February 14, 2019.